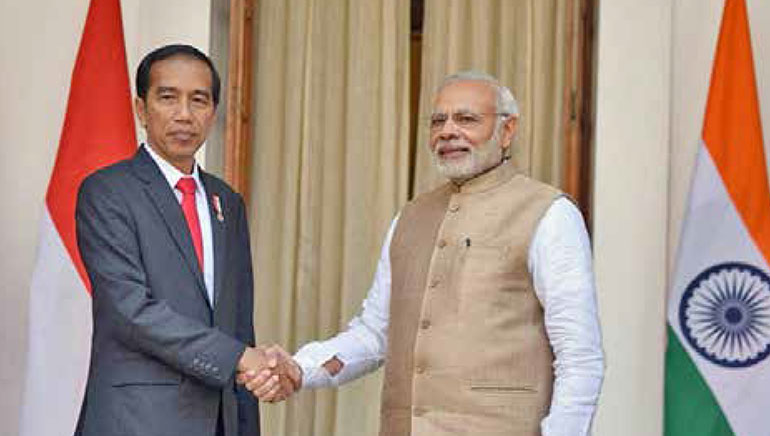 Prime Minister Narendra Modi visited Indonesia as a part of his Three-Nation tour to East Asia.
His visit is a realization of his “Act East” Policy to create stronger bonds with the Association of South East Asian Nations (ASEAN) countries. Its main objective was bilateral cooperation between the 2 nations in maritime, trade and investment. The two leaders signed 15 agreements on areas including cooperation in

defense, exploration, use of outer space, science and technology, capacity building of public officials, dialogue and interaction between governments, think tanks as well as in health and railways.

Aviation strategies were also discussed to improve and strengthen the air route. Direct flights by Garuda Indonesia between Bali and Mumbai are being welcomed as well as flights by Batik Air and Air Asia Indonesia serving Indian and Indonesian cities.