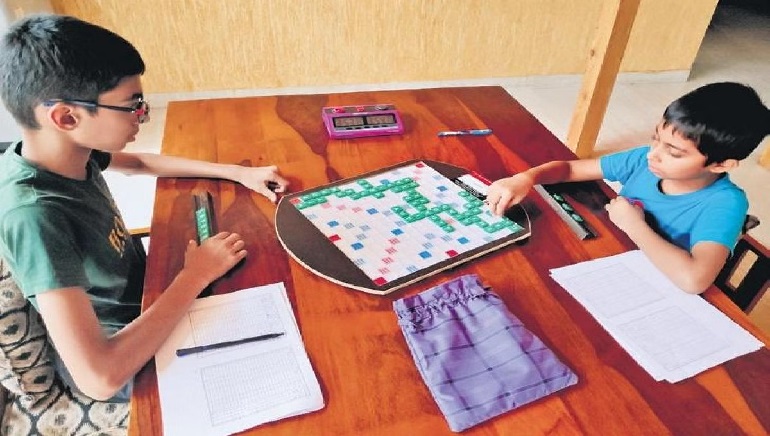 Bengaluru boy Samarth Manchali, 9, has become the best under-10 player in World Youth Scrabble Tournament 2022. In a tweet, the Scrabble Association of India also announced that two other Indian players, Madhav Gopal Kamath and Pramit Rao, made it into the top 10 players’ list of the global virtual tournament.

A resident of Bengaluru’s Vidyaranyapura, Samarth is a student of MES Kishorekendra School. Like his elder brother Suyash, he was also trained by his mother Subha Shivashankar, who was a professional scrabble player. Suyash too has represented India in the World Youth Scrabble Championship five times.

The World Youth Scrabble Tournament 2022 was Samarth’s first venture into a global tournament. In 2020, when COVID-19 stopped children from playing outside, Samarth, while being confined in his home, developed an interest for scrabble. He initially participated in online competitions.

Scrabble is a crossword game where the tiles with letters are placed on a board. The tiles are supposed to form English words that can be read from left to right in rows or downward in columns.