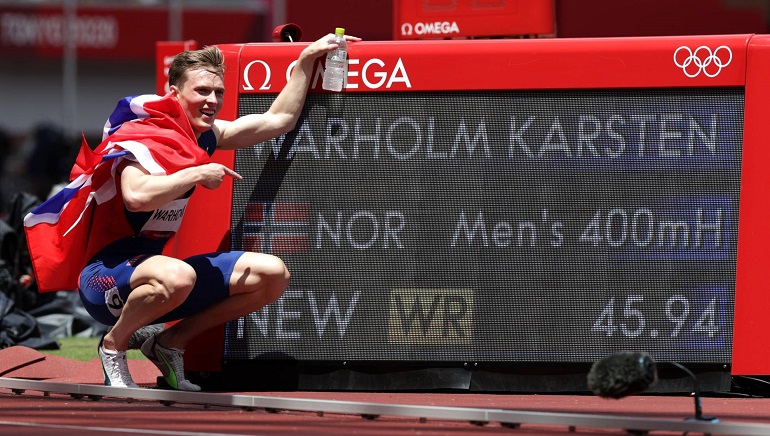 Karsten Warholm from Norway won the gold medal in a mind-boggling time of 45.94 seconds. Obliterating his a month-old record of 46.70 he ran faster than 18 of the 48 men who raced in the regular 400-meter dash.

The second position was taken by the American athlete Rai Benjamin who won a silver medal for his 46.17 besting the previous world record by more than half a second. Bronze was claimed by Brazilian Alison dos Santos for 46.72. It is hailed as one of the greatest Olympic races of all time. Norwegian was seen screaming in happiness after watching his clock just after crossing the line. In the winning speech he said he was not able to feel his legs in the last 20 meters and just ran for his life. Benjamin who stood second was scarcely a minute behind Warholm.

The race was quickly compared with Usain Bolt’s first 100-meter race in Beijing with a victory of 9.69 seconds which gave him global superstardom. Meanwhile, Warholm breaks Kevin Young’s 29-year-old world record which he just did a month ago. Warholm now has a gold medal, world record, and the title of Olympic Champion.