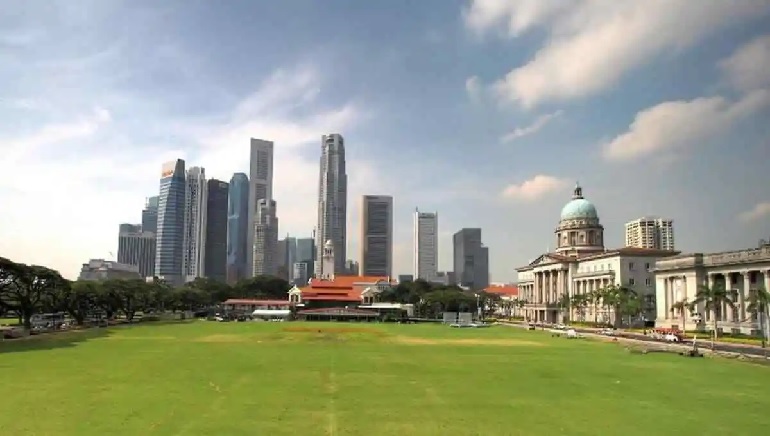 On Tuesday (Aug 9), the 57th anniversary of Singapore’s independence, the Padang will be gazetted as the nation’s 75th national monument. According to Culture, Community, and Youth Minister Edwin Tong, even though the site lacks physical structures, the open space holds many of our nation’s memories.

He explained that Singaporeans can continue to use the site as a social and community space by protecting it from alteration or change. Taking place in the former Supreme Court and City Hall buildings next to the Padang, Mr. Tong was speaking at the National Gallery Singapore.

Listed as a national monument by Singapore’s National Heritage Board (NHB), Padang is the country’s first green, open space. Its recognition is considered part of the significance of a structure or site and is the highest form of acknowledgment.

This green patch is about the size of six football fields and is located in the heart of Singapore’s civic district. It is surrounded by St Andrew’s Road, Connaught Drive, the Singapore Cricket Club’s (SCC), and Singapore Recreation Club’s (SRC) clubhouses.