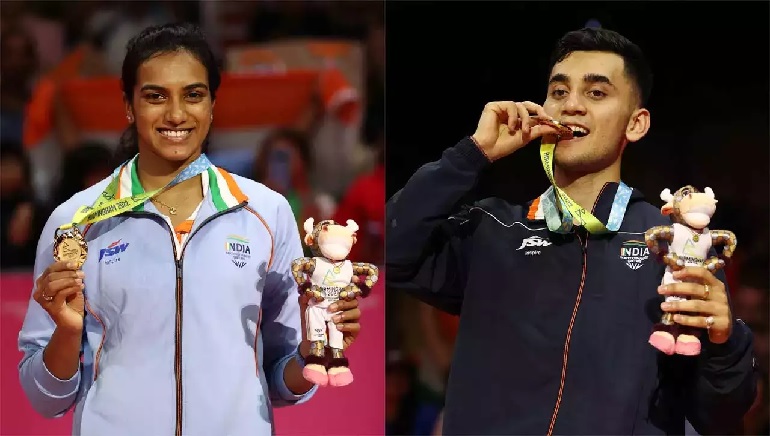 On Monday, PV Sindhu and young Gun Lakshya Sen excelled in the singles badminton competition as India swept the gold medals for the first time at the Commonwealth Games.

A convincing straight-game win over Canada’s Michelle Li added yet another gold to India’s supporting icon Sindhu’s bulging collection. Against the world number 13 at the NEC arena in front of a packed crowd, India’s world number seven won 21-15, 21-12.

Later in the day, ranked 10th Lakshya Sen came from behind to defeat giant-killing Ng Tze Yong. The 20-year-old beat the world number 42 from Malaysia through 19-21, 21-9, 21-16. As with his prior two matches against world champions Yew Kean Loh and Kdambi Srikanth, he trailed for much of the first game but stayed close to the Malaysian.

Sen made it 19-18 from 16-19 before Yong earned a game point with back-to-back forehand winners. Following a grueling rally, he made a mistake with a baseline call, giving the advantage to Yong.

He said that it was stressful at the start but he had to work very hard. Yong also played a great tournament and he congratulated him as well.