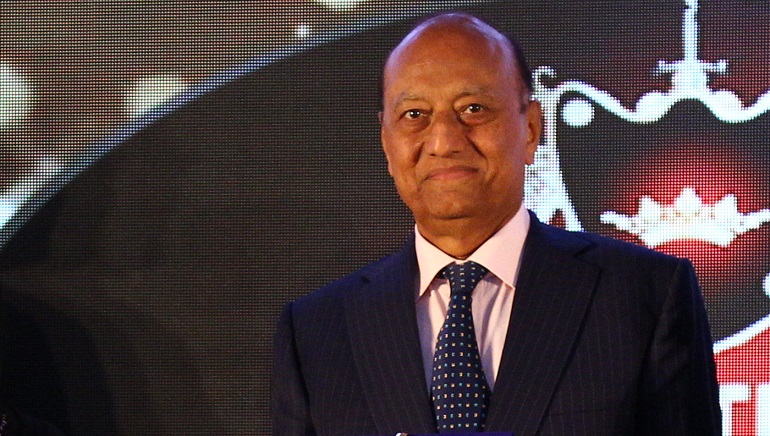 Foundedby Mr. Shahdadpuri, 24 years ago, today Nikai Group is one of the top-selling electronics brands in the UAE. Over the course of two decades, the Group of Companies has grown from a modest trading operation into an internationally renowned operation under the stewardship of the ambitious leader. The company currently sells 400 million products across home entertainment, appliances, and whitegoods in over 60 countries, including Asia, the subcontinent, the Middle East, Africa, Eastern Europe, and North America. What’s more, it has over 5000 employees and 60 million satisfied customers worldwide.

Over the years, Nikai has successfully managed to maintain its prominence in the market despite cut-throat competition from major Japanese and Korean brands. Mr. Shahdadpuri attributes this success to three main factors: preparation, anticipation, and supply chain competence. The diplomat-turned-entrepreneur says having the ability to offer some of the best prices in the world gives his company an edge over the competitors. Furthermore, the company has its own unique process for determining quality, thus, its products are just as good as any Japanese or Korean brand. The vigilant leader is always ready with a backup plan in case of a crisis and difficulty.

Mr. Shahdadpuri, wasn’t always bent on a career in business. He began his professional career as a diplomat serving the Indian Foreign Services, but the prospect of a bureaucratic life and imminent retirement at the age of 58 did not appeal to the proactive leader. At the age of 50, he made up his mind to give up his thriving diplomatic career to pursue his entrepreneurial dreams. He says that if he had continued in his position as a diplomat, he would have retired at the age of 58. The enthusiastic leader is now 75 years old and works 12 hours every day.

When Mr. Shahdadpuri started his venture, he did not have any idea about revenue growth and profitability. Therefore, when he founded Nikai, he had modest goals and expectations. He only desired a modest start, which he had in abundance. The leader’s entrepreneurial instinct gradually led him to find ways to grow efficiently and strengthen his business. He has labored hard to learn at every stage of his career, from how to overcome hurdles one by one to how to identify and maximize opportunities.

Mr. Shahdadpuri is actively involved in community development programs in India and the UAE. Among the organizations he supports are the Dubai Autism Center, Al Noor Training Centre for Children with Special Needs, and Rashid Centre for the Determined.

Mr. Shahdadpuri’s business acumen has earned him numerous prestigious awards, including the prestigious Bharat Shiromani Award. Moreover, several international awards and accolades have been bestowed upon the Nikai group because of the leader’s commitment to excellence. For instance, the Nikai group gained the ‘Superbrand’ status in 2011, and from 2016 to 2018 by the International Superbrands Organisation.