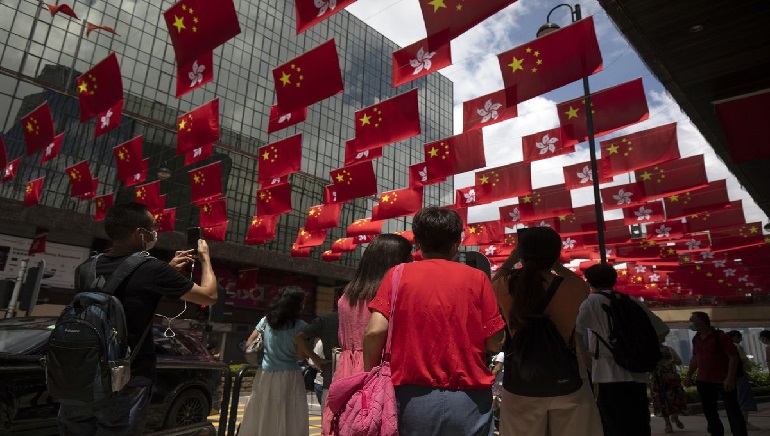 Taiwan aims to make it easier for people to stay in the country fleeing from Hong Kong. Those fleeing the Asian financial hub are being supported by the international community.

According to the draft amendments, People from Hong Kong and Macau, who are studying and working in Taiwan have been allowed by the officials to extend their residence permits for up to one year while job seeking.

On Tuesday, the Ministry of the Interior said that the new rules will make it easier for students to gain permanent residency after completing advanced degrees in Taiwan. The rules will be implemented and come into effect from early next year. Taiwan alongside the UK has become a favored destination for Hong Kong residents seeking a new beginning.

Nearly 10,800 people from Hong Kong relocated to Taiwan last year and approximately 6,150 received residency in the democratically-ruled island from January to August this year.

A national security law was imposed last June, on Hong Kong by Beijing that prohibits subversion, terrorism, secession, and “collusion” with foreign forces. According to China, the law was necessary to re-establish stability after the mass protest in 2019. The foreign governments claim the legislation has been used to punish democracy activists and undermine freedoms Beijing promised to maintain after it gained independence from Britain in 1997.