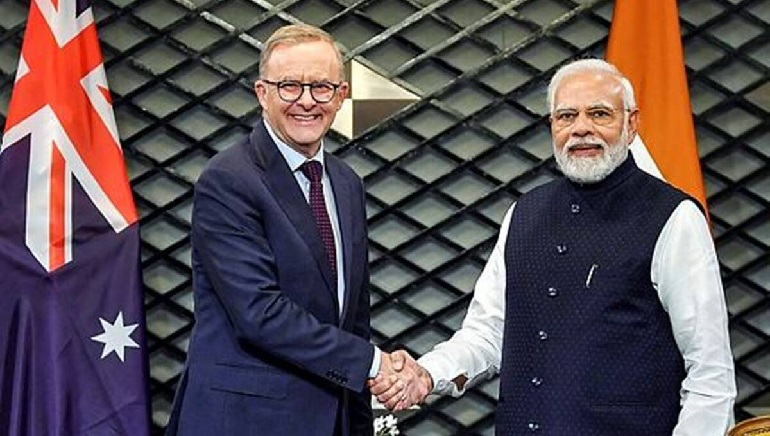 On Tuesday Prime Minister Narendra Modi met Australian Prime Minister Anthony Albanese and held productive talks. He paid a visit to the state funeral of late Japanese PM Shinzo Abe at Nippo Budokan in Tokyo which was attended by several other top leaders of the world.

On many fronts, Australia plays a key role in India’s development. An agreement between India and Australia for three years regarding critical minerals was announced by Australia in the first week of July. The two nations agreed to work together on critical minerals, such as batteries, electric vehicles, mobile phones, and computers, which are crucial to the development of clean energy technologies.

Samir Saran, President of the Observer Research Foundation, said that true progress can only be achieved when communities are involved, green policies are in place, and leaders are agile-all characteristics that are distinctive to Indian culture.

As part of its efforts to reduce its economic dependency on the world’s number two economy China, India signed the free trade agreement on April 2.