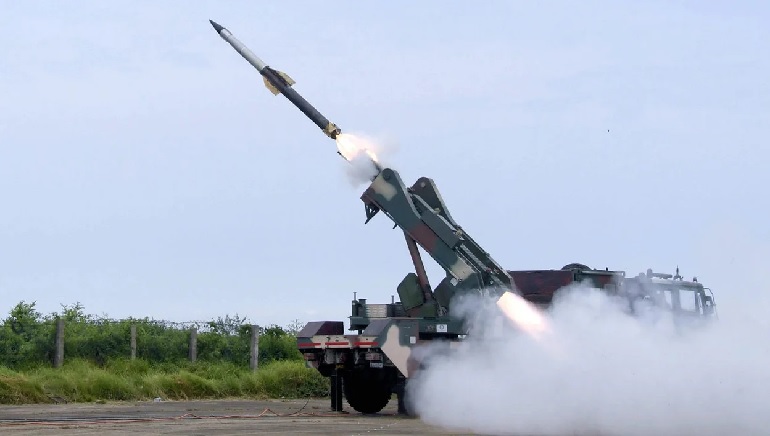 On Tuesday, the Very Short Range Air Defence System (VSHORADS) missile was successfully tested by the DRDO in Chandipur off the coast of Odisha. Defence Research and Development Organisation (DRDO)’s Hyderabad-based Research Centre Imarat designed and developed VSHORADS as an air defence system.

A dual-thrust solid motor propels the missile, designed to neutralize low-altitude aerial threats at short ranges. A highly optimized design has been used to ensure easy portability of the missile and its launcher.

The SA-2 and other air defence missiles have also lost relevance in the face of modern fighter aircraft equipped with cutting-edge defensive technology. Air defence missiles cannot be guided and aided by the armed forces’ radar network when engaging incoming enemy fighters and helicopters because of an outdated system. An Indian weapon system manufacturing facility will be set up by defence manufacturer Saab.

A statement from the defence ministry said that DRDO conducted two successful test flights of the Very Short Range Air Defence System (VSHORADS) missile off the coast of Odisha on September 27. According to the ministry, the Vshorads missile incorporates a number of novel technologies like the miniaturized Reaction Control System (RCS) and integrated avionics, which have been successfully tested.