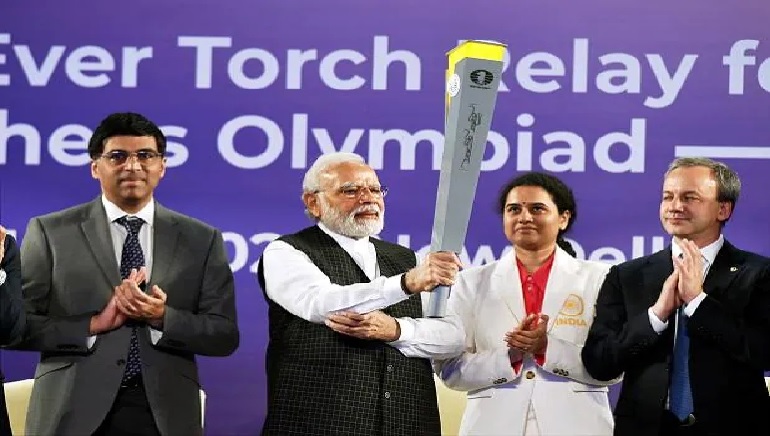 Vishwanathan Anand handed over the Olympiad torch to the Prime Minister and then to the Chief Minister of the state, to which Modi claimed “Let the games begin.” Thereafter, the torch was passed over to the young grandmaster R Praggnanandhaa and others.