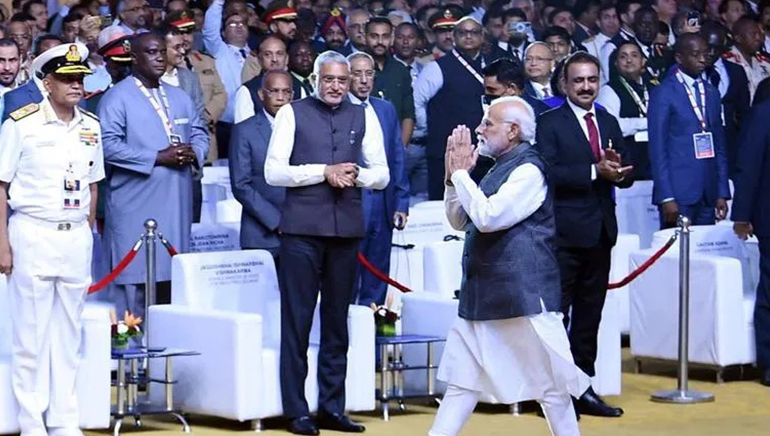 The foundation stone of a new IAF base was laid at the inaugural ceremony of the Defence Expo 2022 in Gujarat’s Deesa by Prime Minister Narendra Modi. The event’s theme is “Path to Pride”, and this will be the 12th edition.

PM Modi is expected to launch several other developmental projects during his two-day trip to the poll-bound state. PM Modi described the Defence Expo as a symbol of a new beginning. The PM was speaking at the inauguration ceremony when he said that Defence Expo displays the grand picture of the new India, which is a picture of youth power, young dreams, and young courage.

The resolution for the Defence Expo 2022 was taken during Amrit Kaal. “Defence Expo 2022 presents a grand vision of the New India.” PM Modi quoted a news agency saying that it consists of the development of the nation, the involvement of the states, the power of youths, their dreams, their courage, and their abilities.

As part of the programme, the Prime Minister also launched Mission DefSpace, which aims to develop innovative solutions for the Defence Forces in the space domain. A foundation stone was also laid at the inauguration ceremony by PM Modi for the 52nd Wing Air Force Station Deesa.