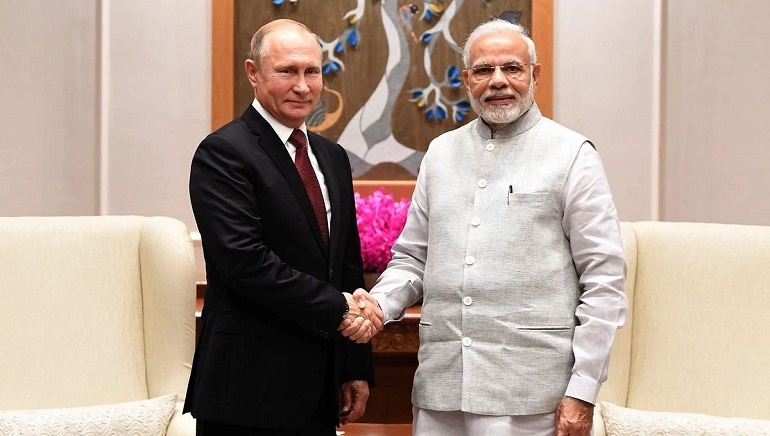 After the conversation of the two political leaders, the Russian embassy in India said that they expressed the intention to enhance cooperation to counter the dissemination of “terrorist ideology” and the drug threat emanating from Afghanistan. They agreed to form a permanent bilateral channel for consultation on the issue. It also said that both nations noted the importance of coordinated efforts to “establish peace and stability” in Afghanistan and to ensure security in the region as a whole.

The Prime minister’s office said that it is important for the two strategic partners to work together and instruct their senior officials to remain in touch. They agreed to collaborate on bilateral and global issues particularly with the situation in Afghanistan.

Mr. Modi tweeted that he had a detailed and useful exchange of views with his friend President Putin on the recent developments in Afghanistan. He further added that they discussed issues on the bilateral agenda including India-Russia cooperation against COVID-19 and they agreed to continue close consultations on important issues.