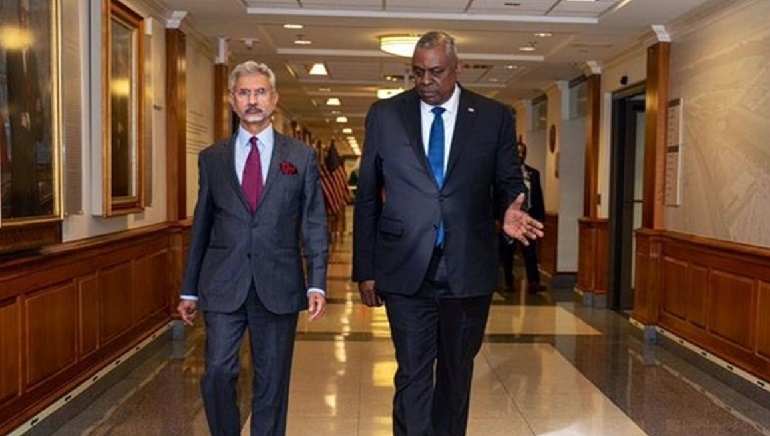 Calling attention to the importance of the India-US relationship, US Defence Secretary Lloyd Austin said on Tuesday that both countries are positioning their militaries to operate and integrate more intimately than ever.

Austin met Minister of External Affairs S. Jaishankar in the Pentagon on September 26. “Ties between India and the United States, the world’s two largest democracies, including military ties, are growing stronger,” he said in the statement released by the US Department of Defence.

“These conversations reinforce a growing depth, breadth, and ambition of our partnership,” Austin said. “And that partnership is moving from strength to strength.”

According to the statement, military cooperation between the two countries is higher than ever before.

Indian and US service members often exercise together, and the governments of both countries frequently share information and intelligence, especially in the aftermath of the geospatial agreement signed between the two governments in 2020. India also takes part in the American international military education and training program.

The Indian military can now exchange more information with its US partners. India has bought Apache helicopters and Seahawk helicopters and has shown an interest in other US defense capabilities.