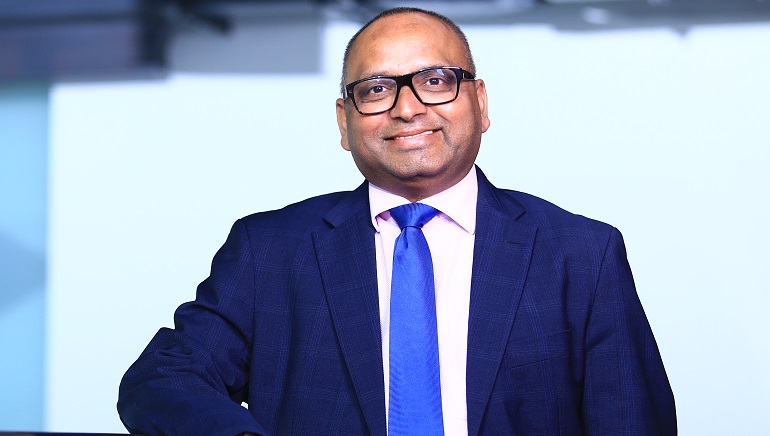 As the Co-Founder of Attra, Prasad created the company from the ground up, transforming it into a global technology services and solutions provider in the banking and payments space with over 2,200 domain experts and revenue of $75 million. Under his stewardship, Attra has grown to have offices in 13 countries across four continents, with a compounded annual growth rate (CAGR) of 30%.

Prasad is a first-generation entrepreneur who made the brave decision at a young age to soar beyond his humble roots by forging a successful future. He took up odd jobs at the age of 16 to get by. He began his career as an engineering apprentice. He paid his way through college by working and studying part-time and earning a bachelor’s degree in commerce.

He subsequently moved into the nascent Indian IT sector after being hired by DCM Data Products, where he quickly rose through the ranks, being promoted eight times during his nine-year stint in the company. He then went on to work for IBM for three years. Following that, he worked in senior positions at Pentasoft and Birlasoft, managing accounts in Sydney, Australia, and overseeing the Asia Pacific region. As the founding member of Pentasoft and Birlasoft in the APAC region, he swiftly scaled both businesses through customer acquisition.

Prasad devoted 18 years to the IT sector before embarking on his entrepreneurial adventure in 2005, establishing his mark wherever he worked by tackling every challenge with entrepreneurial zeal.

His successful track record of building numerous businesses from scratch compelled him to leap into entrepreneurship to uncover his true potential. In 2005, he associated with Attra, Melbourne Australia, founded by Anil Gammampila that primarily served the Australian market. Despite a solid earning potential and a secure job at the top of his career, Prasad invested his life savings in becoming a co-founder of Attra, with a mission to transform the company from a regional to a global player.

As soon as he took over as co-founder of Attra, he launched a series of transformative moves that catapulted the company to the next level, Attra 2.0, which began with the company’s first offshore development center in Bangalore, India. He said, “It was difficult to persuade customers to entrust their projects to a small delivery facility in Bangalore. We persisted in convincing potential leads for the next 12 months until we finally won the trust of a very large Global Payment Credit card company, the center’s first client and project.” With Attra 3.0, the company experienced increased growth and expansion, adding more services to its portfolio to meet the growing demands of customers. Under Prasad’s supervision, Attra expanded globally, opening additional offices and offshore development centers in various geographies and gaining a competitive advantage in 24 countries worldwide. Last but not least, he also oversaw the acquisition of Attra by Synechron, a global transformation consulting firm helping banks, asset managers, and insurance companies accelerate their digital initiatives. Attra has broadened its offerings beyond payments to include wholesale banking, wealth management, and insurance with the acquisition. It has also enhanced its digital, consulting, and technological capabilities. Prasad played a key role in leading the arrangement, which proved to be a huge success and a win-win situation for Attra’s clients.

Prasad believes that a positive and employee-centric workplace culture significantly improves teamwork, increases productivity, and helps retain employees. He has a well-deserved reputation for tenacity, endurance, and putting staff first. Creating a new practice structure to ensure that teams remain market-aligned and customer-focused is one of the notable initiatives taken by him for the development of his team. Simultaneously, he promotes a culture of continuous learning and development to encourage and support in-house talent.

He has also taken the initiative to create special career pathways for employees with untapped potential, preparing them for success and speeding up their advancement. Moreover, Prasad is also an advocate of gender diversity, which is an essential factor for the company in creating an equal and positive work environment.

As a result, Attra has 31% of women in its workforce. Attra has 85% of its senior management team from within the company, including 75% of the Business Unit leaders. Furthermore, the tech-savvy leader has pushed for the digitization of internal operations to boost intra-organizational operational efficiency.

Several awards have been bestowed upon Prasad for his outstanding leadership abilities. He was named one of India’s “Top 100 Great People Managers” by The Great Manager Institute and Forbes India for modeling surefire strategies that encourage his technical leaders to grow and develop organically. Over 5,200 managers took an active part in this evaluation, and the best 100 were picked through a 4-tiered rigorous assessment.

He was also named ‘Entrepreneur of the Year’ at the Payments and Cards Summit (5th edition) in 2017. Under his leadership, Attra has earned numerous awards. In 2019, it was honoured with the ‘Best Payments Organization of the Year’ award at the 7th edition of the Payments and Cards Summit. In the same year, Shri Nitin Gadkari, India’s Union Minister for Micro, Small & Medium Enterprises (MSME), presented the company with the ‘SME 100 Award, 2019’ at the International MSME Convention in New Delhi.

VENTURING WITH HEART AND SOUL

Prasad is also a proponent of environmentally friendly practices. He chose to set up Attra’s new office in a building that was the first in India to be awarded an EDGE green building accreditation by the World Bank/IFC and the Green Building Council of India, despite having more appealing options. Additionally, Attra teamed with ‘Social Venture Partners Melbourne Limited’ under his direction to support seven not-for-profit organizations in their efforts to help underprivileged yet talented youngsters learn, grow, and thrive in life and work. In addition, the firm contributes to the PM’s Relief Fund (India) planting of trees to improve the environment and help farmers, and more recently, the building of essential infrastructure for a two rural school in India.