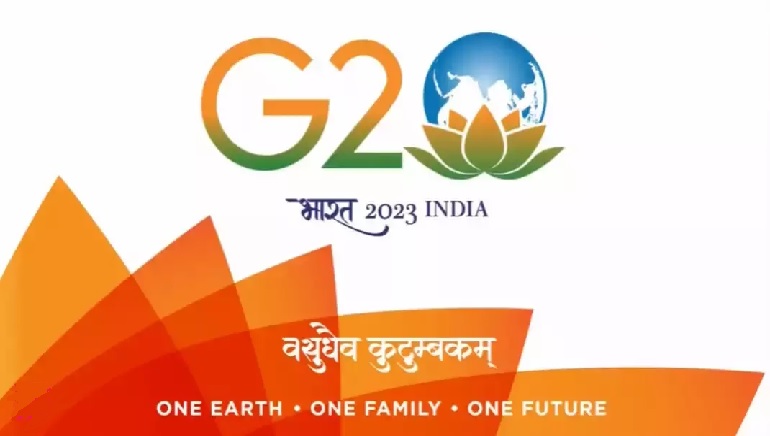 Prime Minister Narendra Modi on Tuesday unveiled the logo, theme and website of India’s G20 Presidency, asserting that G20 in 2023 will be a chance to present India’s developmental progress aimed at advancing global good. India will assume the presidency of the powerful grouping from current chair Indonesia on December 1.

The logo has the Earth juxtaposed with the lotus and theme, “Vasudhaiva Kutumba-kam” or “One Earth One Family One Future.” Elaborating on the theme, he said that India is working on the vision of bringing the whole world together for a common objective, for a better future.

Explaining the logo, the Prime Minister said, “India’s G20 presidency is coming at a time of crisis and chaos in the world… The world is going through the after-effects of a disruptive once-in-a-century pandemic, conflicts and a lot of economic uncertainty… The symbol of the lotus in the G20 logo is a representation of hope in this time. No matter how adverse the circumstances, the lotus still blooms. Even if the world is in a deep crisis, we can still progress and make the world a better place.”

He added that the seven petals of the lotus represent the seven continents. Seven is also the number of notes in the universal language of music, and creates a perfect harmony together while being unique. Similarly, the G20 aims to bring the world together in harmony while respecting diversity.