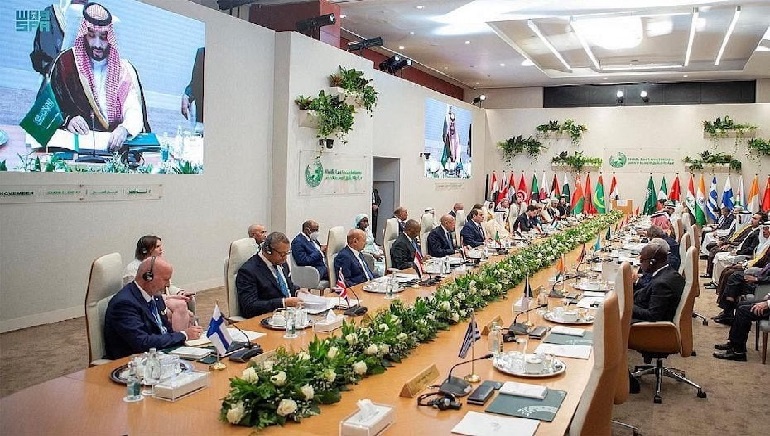 Saudi Arabia on Monday committed $2.5 billion to a green initiative in the Middle East for the period of the next ten years at the ongoing COP27 UN climate summit in Egypt. Saudi Crown Prince Mohammed bin Salman said that the kingdom aims to fulfill the goal of providing sustainable energy systems for the world, adding that his country would build a headquarters for the initiative.

Saudi Arabia aims to generate about 50% of its electricity from renewable energy by 2050. The Crown Prince and the new Saudi Arabian prime minister promised that his government plans to slash 44 million tonnes of carbon dioxide by 2035.

The funding committed by Saudi Arabia at the COP27 UN climate summit will come from the kingdom’s sovereign wealth fund, the Public Investment Fund. The country also announced that it will target net zero emissions through sustainable development by 2050.

Mohammed bin Salman also unveiled his plans of “planting 50 billion trees to increase the area covered with trees 12 times and the reclamation of 200 million hectares of degraded land, reducing 2.5 percent of global emissions”. Another 10 billion trees will be planted under a separate green initiative.