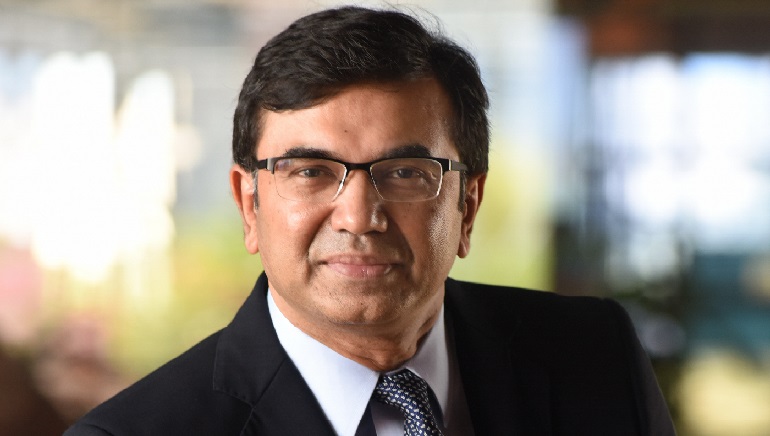 Rajesh, an Economics & Statistics graduate of Mumbai University, is also an alumnus of S.P. Jain Institute of Management & Research, having completed his Master’s in Marketing in 1986. He was awarded with the British Chevening Scholarship to study at the Manchester Business School, UK and later attended the Advanced Management Program at The Wharton School, University of Pennsylvania.

After his illustrious stints with Voltas, FCB Ulka and Marico, he joined Mahindra in 2000 as Vice President – Marketing of the Automotive Sector and went on to hold senior positions, including Managing Director of Mahindra Renault, before becoming the Chief Executive of the Automotive Division and Member of the Group Executive Board in 2010. He briefly worked as President of Zee Entertainment Enterprises Ltd. and served as the Chairperson of the Executive Committee and Chairman of MediaPro (Distribution JV between Zee & Star Networks) during his tenure there.

He re-joined Mahindra in 2013 as the Chief Executive of Farm Equipment Sector (FES), and in April 2014, his role extended to include the Mahindra Two-Wheeler Business. He became the President of the Farm Equipment Sector in 2015. Under his able guidance, M&M’s tractor business witnessed a never-before demand. Rajesh as his team at Mahindra went beyond just sales. For them FES wasn’t just a company selling tractors and farm machines, but rather a solution provider who wants to help their customers achieve their outcomes, enabling them to rise.

They wanted to enrich the livelihood of the small land holding farmers by democratizing technology to deliver a more productive, profitable, and sustainable agricultural approach. Today, Mahindra has an ecosystem of services with their Farming as a Service “KrishE” which is a path-breaking business model to advance the Indian farmer and Indian agriculture with the benefits of superior agronomy, access to advanced farm equipment rentals and new-age precision farming solutions. He has led Mahindra’s two brands – Mahindra & Swaraj, to become the leading players in the Indian tractor market.

Rajesh today serves as a Director on the Board of Mahindra & Mahindra Ltd., several other Mahindra Group companies in India as well as overseas and is as an Independent Director on the global Board of Aliaxis Group SA, Belgium.

GOING BEYOND THE NORM

Rajesh’s taking over the baton as Executive Director coincided with the pandemic and lockdown in India. But that’s when he outlined his famous “Walk – Run – Fly” phased approach of managing today, while investing for the future. The framework delivered strong financial returns in FY21 and also helped turnaround of global subsidiaries in FES along with a robust automotive demand momentum.

Now his bold new focused strategy for Automotive is setting the ground to accelerate to fly, where Mahindra will concentrate on its true DNA, i.e. “Authentic SUVs”. It’s a déjà vu situation, as two decades ago, he, in a similar environment, had repositioned the entire brand for a completely new customer. The transformation had led to the birth of category-creating SUVs, the Scorpio and the XUV500, that leapfrogged the brand into a new era of products.

The All New Thar launched last year, was a hint of the Authentic Core SUV strategy, and it is no surprise that it has won 20+ awards already. The XUV700 slated for launch this year, is an all new, authentic, global SUV set to redefine benchmarks in the SUV segment.

Today under his leadership, the Automotive and Farm Equipment businesses have a clear set of purpose and commitments along with a robust financial position. The Auto Sector is committed to leveraging global design and product development capabilities to bring to customers authentic SUVs, EVs and CVs, while the Farm Sector is focusing on growing its core domestic and global businesses, along with new tech opportunities and farm machineries. All of this sets Mahindra up for a bold and aggressive growth trajectory.

Recently M&M was ranked No.2 in “India’s Best Companies to Work for 2021” by the Great Place to Work Institute®. It is a strong testament of how its culture and value system inspire trust amongst the employees, instill pride in them, create an environment that promote camaraderie and fairness, and deliver a great workplace experience for all the employees.

Rajesh’s talent has been recognized and rewarded many times by the industry. He has won the Award for the Launch of the Scorpio at the India Leadership Summit in 2002. He was also conferred an award for Marketing Excellence by the Indian Express & Indira Group of Industries in 2003 and was featured in the book titled ‘India’s Most Powerful Brand Builders’ released at Asia Brand Congress 2008. He was also a part of the cover story on ‘Young Leaders’ in Outlook Business in 2009.

In 2009 and 2010, he was part of the Campaign India A-List which features 500 top professionals in advertising, media, and marketing. In 2013, he made it to a list of 50 Young Leaders of India, compiled by the British High Commission, India. He also held an honorary position on the Enactus India National Advisory Board. He currently serves on the Governing Council of S. P. Jain Institute of Management and Research. He is a member of the World Economic Forum’s Automotive and Autonomous Mobility Governors community.

He is also a Member of the Executive Committee of The Society of Indian Automobile Manufacturers (SIAM) and has represented the Tractor Manufacturers Association (TMA) in India as its President on the National Council of the Confederation of Indian Industry (CII) in 2016 & 2017. Beyond work, his interests include teaching, reading and fitness. He has been managing the pandemic with an optimistic attitude. He likes indulging in yoga and spending meaningful time connecting with friends and family.