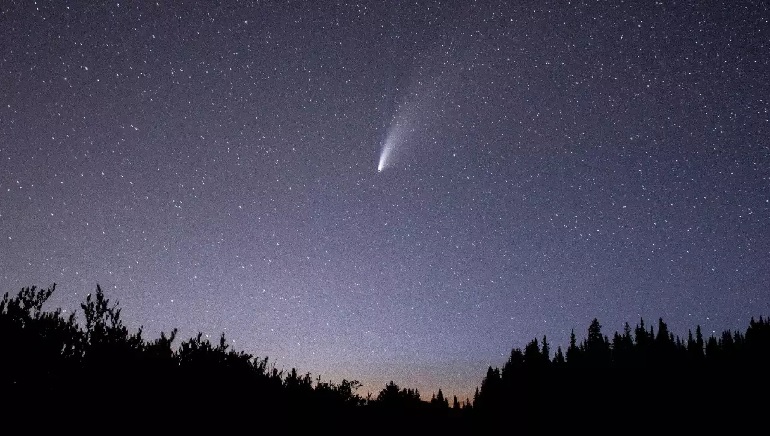 A rare green comet, C/2022 E3 (ZTF) has appeared in the night sky for the first time in 50,000 years and was spotted from the Abu Dhabi desert at dawn on Saturday, said the International Astronomy Centre (IAC) based in the UAE capital.

The comet, first identified in March 2022, has not visited Earth or the inner solar system since the last Ice Age. The last time it passed Earth was during the Upper Paleolithic period, when Neanderthals walked the Earth, according to Space.com.

C/2022 E3 (ZTF) reached its closest point to the Sun (perihelion) on January 12, and will be visible for nearly a month, says NASA. The comet from the distant outer solar system will appear brightest on February 2 when it comes closest to Earth and visible in the constellation Camelopardalis. Stargazers can see the comet through binoculars in the morning sky in the Northern Hemisphere in January and in the Southern Hemisphere early February.

From January 12, the comet can be seen near the northern sky constellation Corona Borealis as it moves westward. By the third week of January, observers will be able to spot it near the bright star Polaris or North Star earlier in the evening. Its visibility will depend on the weather, including interference from the Moon or clouds. People can watch its movement on YouTube or the live stream provided by the Virtual Telescope Project.