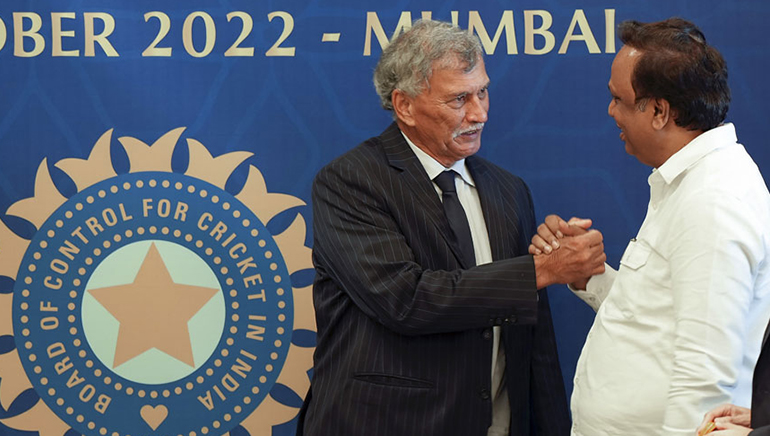 During Mumbai’s Annual General Meeting (AGM), Roger Binny officially succeeded Saurav Ganguly as BCCI president. With a reported net worth of $2 billion, the richest cricket board in the world has appointed Binny as its 36th president. Binny previously served as Karnataka State Cricket Association president, but he will now step down to serve the apex cricketing body of the country.

The former BCCI president and cricket icon Ganguly reacted on Tuesday to the appointment of Roger Binny as the new apex cricket board’s president. For three years, Ganguly served as the BCCI’s president, one of the best batters of his generation.

Ganguly expressed his best wishes as he wished the new office-bearer success in carrying forward the BCCI legacy. Following Binny’s appointment as BCCI president, the outgoing president declared that the apex cricket board of India is in good hands.

In an interview, he said, “I wish Roger (Binny) all the best. The new group will take this forward. BCCI is in great hands. Indian cricket is strong, so I wish them all the best.”

Meanwhile, Jay Shah has been re-elected as BCCI secretary after Binny replaced Ganguly as president. Furthermore, Jay Shah confirmed that Team India will not travel to Pakistan for Asia Cup 2023 due to Rohit Sharma’s injury.