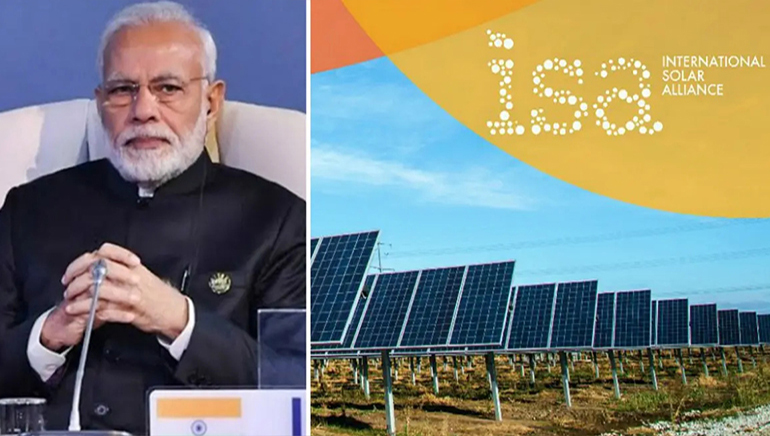 India and France get re-elected as President and Co-President of the International Solar Alliance (ISA) at the fifth general assembly of the body.

Union Power and New & Renewable Energy Minister R K Singh will be the President of ISA while Chrysoula Zacharopoulou, France’s Minister of State for Development, Francophonie and International Partnerships, will be co-president of the International Solar Alliance, ISA Director General Ajay Mathur told reporters on Tuesday.

Mathur said there was an application for the post of President and Co-President from India and France, respectively.

R. K. Singh mentioned that the ISA has quickly expanded and now has 110 counties. “We have to bring electricity to 700 million people in the world who are without access (to power) through clean sources.”

Chrysoula said, “We are facing an energy crisis due to the Ukraine war. We are the most affected. Our objective is to accelerate deployment of renewable energy.”

The International Solar Alliance works with governments to improve energy access and security worldwide and promote solar power as a sustainable way to move on to a carbon-neutral future.

ISA aims to unlock USD 1 trillion of investments in solar by 2030 while lowering the cost of technology and its financing. It promotes the use of solar energy in the Agriculture, Health, Transport, and Power Generation sectors.