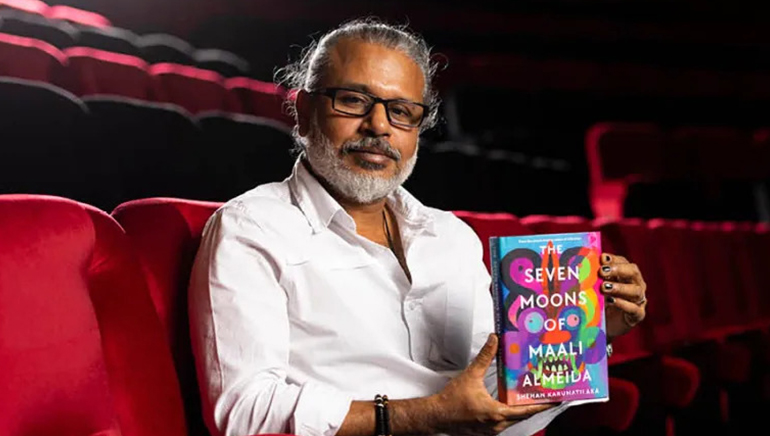 The Booker Prize for 2022 will be awarded to Shehan Karunatilaka. The Sri Lankan novelist Maali Almeida received the award from Queen Consort Camilla at the Roundhouse in London on Monday night for his work, The Seven Moons of Maali Almeida.

“The English Patient” was Michael Ondaatje’s first novel, and “The Seven Moons of Maali Almeida” was his second. The current novel examines life after death in a civil war-torn Sri Lanka following the murder of a war photographer in the 1990s.

During his speech, Karunatilaka said it was an honour and privilege to be included on the shortlist. Also, he joked about receiving cryptocurrencies in exchange for £50,000.

The Booker Prize judges described the work as a race against time, filled with ghosts, humour, and profound humanism. Neil MacGregor, chairman of the judging panel, described “The Seven Moons of Maali Almeida” as an afterlife noir that blurs the lines between body and spirit, life and death, east and west.

According to him, readers will learn about sensitivity and beauty, love and loyalty, and the pursuit of an ideal that justifies all human existence.