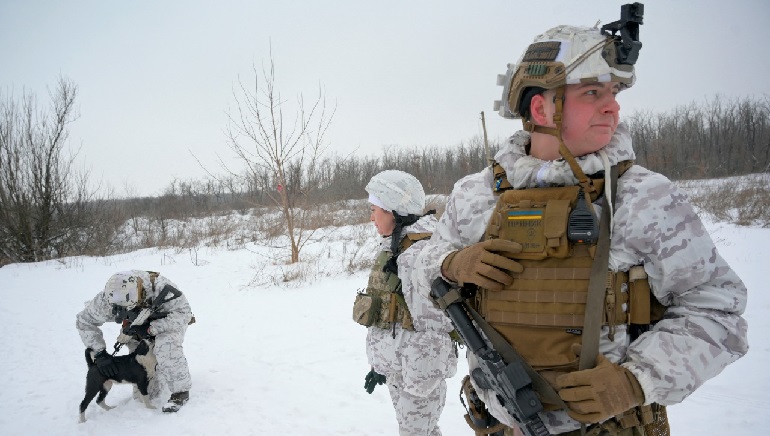 on Wednesday, in a meeting in Paris, Moscow and Kyiv committed to observing a ceasefire in eastern Ukraine after an eight-hour-long discussion where a French diplomat sent a “good signal.”

French President Emmanuel Macron spoke about the condition of anonymity and stressed that the talks in Paris had been regarding the separatist conflict in eastern Ukraine since 2014. He further added that the question was if the Russians wanted to signal a thaw”. According to him the “difficult” discussions had finally resulted in something positive.

As Moscow presses demands over NATO’s presence in eastern Europe, a Russian troop build-up near Ukraine’s border has fueled fears of military intervention in its pro-EU neighbor.

Since 2019, Ukraine and Russia agreed to sign a joint statement with France and Germany for the first time regarding the ongoing conflicts between the Ukrainian army and separatists in the eastern part of the country.

Since 2014, the four nations are working towards having a peace deal for eastern Ukraine and are collectively known as the Normandy Group.

The French aide said, “However difficult the discussions have been since December 2019, the Normandy Group has been able to agree on several key points”.