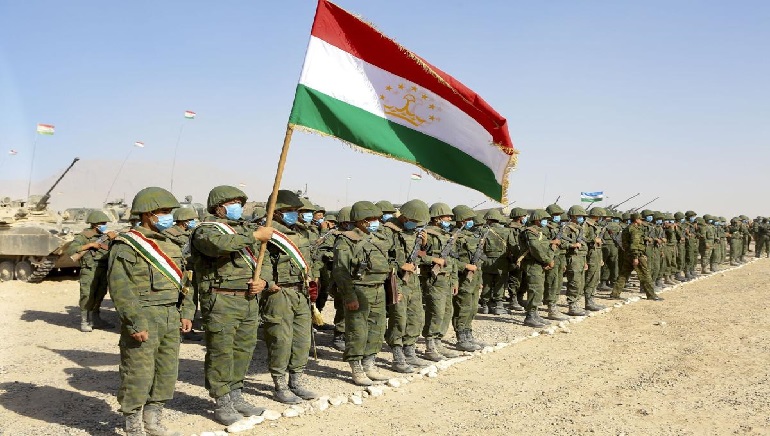 On Tuesday, 2500 Russian, Tajikistan, and Uzbekistan troops along with 500 military vehicles wrapped up their drills intended to stimulate the joint response on potential security threats coming from Afghanistan. The war games that began last week were held at the Harb-Maiden, as reported to AsiaOne Magazine. The firing range was about 20 kilometers north of the Tajik border with Afghanistan. They saw the troops practice action against invading militants. The Russian su-25 attack jets struck mock targets imitating militant vehicles as a part of their exercise.

According to the Russian military, the operations took place against the disruption of the situation in neighboring Afghanistan to work out the issues of repelling possible threats and practical interaction. As per the reports given to AsiaOne News, it also ensures security and maintains stability in the Central Asian region. The Russian troops practiced in Tajikistan using weapons during the drills with new sniper rifles and flame throwers. Russian Central Military Chief assured that this will help in the future joint actions and strengthen military cooperation which will protect their countries from military aggression.

Tajikistan is the military base for Russia, and has pledged military assistance to its ally along with the ex-Soviet Central Asian nations- Kazakhstan, Kyrgyzstan, Tajikistan. They are members of the Moscow-dominated security pact of several ex-Soviet nations which together form the Collective Security Treaty Organization.