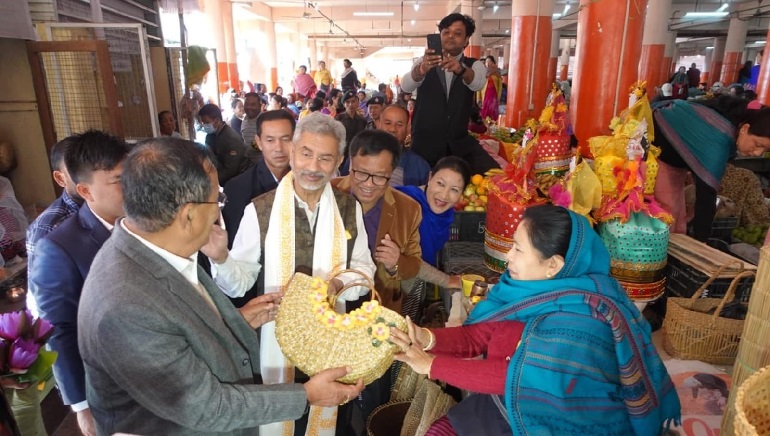 External Affairs Minister S Jaishankar visited the all-women Ima market in Imphal on Sunday. The market, also known as the Mothers’ Market, Ima Keithel, or Nupi Keithel, is said to be nearly 500 years old and is solely managed and run by women.

Sharing the video and photos from his visit on Twitter, Jaishankar called the market a “great example of Nari Shakti powering economic growth.” The minister is in Manipur for a three-day visit, which began on Saturday, to attend the ongoing Manipur Sangai Festival 2022.

In Ima Keithel, around 5,000 women shopkeepers hold licenses. These licences are passed down from one generation to another in a family. It is believed to be Asia’s and perhaps the world’s largest all-women market. The market is supposed to have started in the 16th century with a few stalls run by women. The shops were initially housed in sheds, but the Imphal Municipal Council has now built a four-storey building for the market. Vegetables, fruits, textiles, toys, fish, spices, and utensils are available in the market. This market plays a vital role in Manipur’s economy.

The External Affairs Minister said that the Centre was working to improve connectivity and infrastructure in the Northeast. He added that India’s G20 presidency will be celebrated at various places across the country, including Manipur.