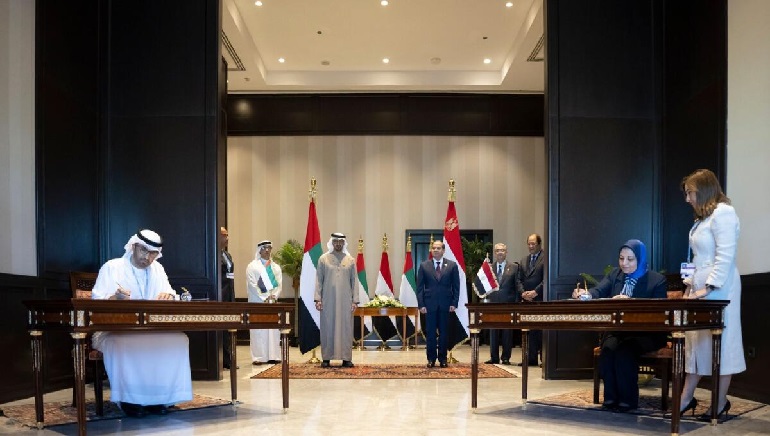 The United Arab Emirates (UAE) and Egypt on Tuesday signed a Memorandum of Understanding to develop one of the world’s largest onshore wind projects in Egypt. The MoU was signed between the UAE’s renewable energy firm Masdar alongside its joint venture with Egypt’s main renewable energy developer Infinity and Hassan Allam Utilities on the sidelines of the ongoing COP27 climate summit in Egypt’s coastal city of Sharm El-Sheikh.

On completion, the wind farm would be part of Egypt’s Green Corridor initiative. It is a grid dedicated to renewable energy projects and aimed at ensuring that renewable energy serves 42% of the country’s energy mix by 2035. The wind project would save Egypt about $5 billion in annual natural gas costs. The country’s total installed power capacity was around 59.5 GW in 2019/2020, the country’s renewable energy authority said in an annual report.

In April, Masdar and Hassan Allam Utilities had signed two MoUs with Egyptian government backed organisations to cooperate on the development of 4 GW green hydrogen production plants in the Suez Canal Economic Zone and on the Mediterranean coast. In the first phase, a green hydrogen manufacturing facility will be up and running by 2026, able to produce 1,00,000 tonnes of e-methanol yearly.