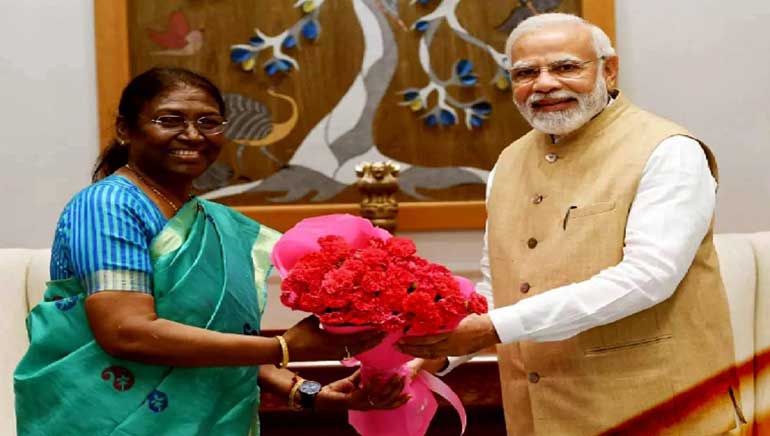 On Thursday, the NDA’s presidential candidate, Draupadi Murmu, emerged victorious with 64.03% of the vote in the presidential election. She created history by becoming the first tribal woman to win President-elect. Belonging to a tribal community in the Mayurbhanj district in Odisha, Smt. Murmu fought against all odds to become the 15th President of India.

According to BJP sources, about 125 MLAs across different assemblies voted for her. Murmu also benefited from cross-voting from 17 MPs, as indicated by the counting of votes. An overwhelming number of opposition MLAs voted for the National Democratic Alliance candidate in Assam, Jharkhand, and Madhya Pradesh.

Mos Tribal Affairs Renuukaa Singh congratulated Murmu, saying, “With Modi, everything is possible.” His dream has become a reality that our sister will sit in the highest constitutional position.”