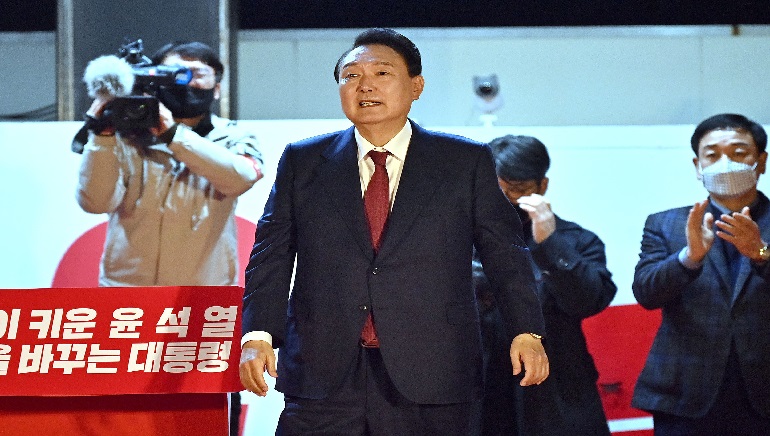 South Korea chose Suk-yeol as the country’s next president following a tightly-contested race. He is a conservative opposition candidate who edged out his victory over the Democratic Party’s Lee Jae-Myung.

Both the candidates were counted as widely unpopular throughout the campaign. According to the analyst, voters appeared disenchanted by the frontrunners that the local media dubbed the vote “election of the unfavourable”.

Mr Yoon, a political novice promised to tackle class inequality and called his win a “victory of the great South Korean people”. However, the results are said to be closest in history with the final count separated by less than 1%.

On Thursday, Yoon told his supporters that he would “pay attention to people’s livelihoods, provide warm welfare services to the needy, and make utmost efforts so that our country serves as a proud, responsible member of the international community and the free world”.

A central pledge of Mr Yoon’s campaign was the abolishment of the Ministry of Gender Equality and Family.

Around 0.2% of the Ministry’s annual budget is spent on family-related services, education, and social welfare for children – less than 3% of which goes to the promotion of equality for women.