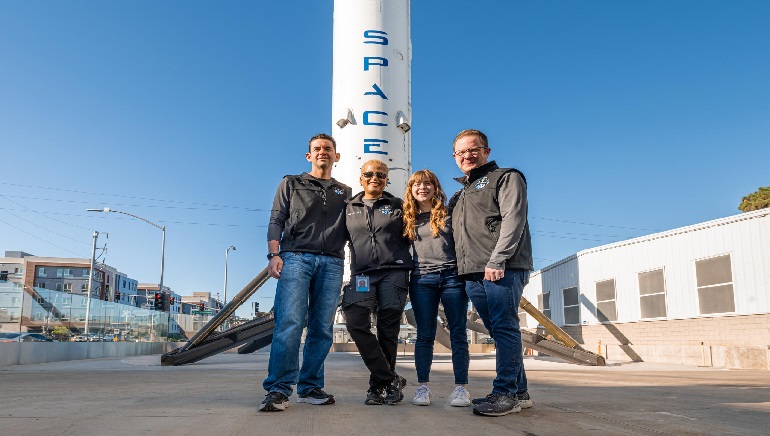 The launch was followed by a huge fireball illuminating the sky as the nine rocket engines began to pull away from the Earth at 8:02 pm (0002 GMT Thursday). Soon after the 11th minute the Dragon capsule separated from the rocket and sent stage as the crew entered orbit. In a vertical landing on a sea barge, the re-usable first stage made its way back to the Earth. For the first time, the Dragon capsule is equipped with a cupola observation dome, the largest space window ever for a better view. It was replaced by the usual mechanism used on Dragons to dock with the ISS.

The crew of four people, all Americans on a three-day trip will spin around Earth after which they will splash down off the Florida coast. The cost of the trip hasn’t been disclosed by the billionaire Elon Musk but the price tag runs into the tens of millions of dollars.