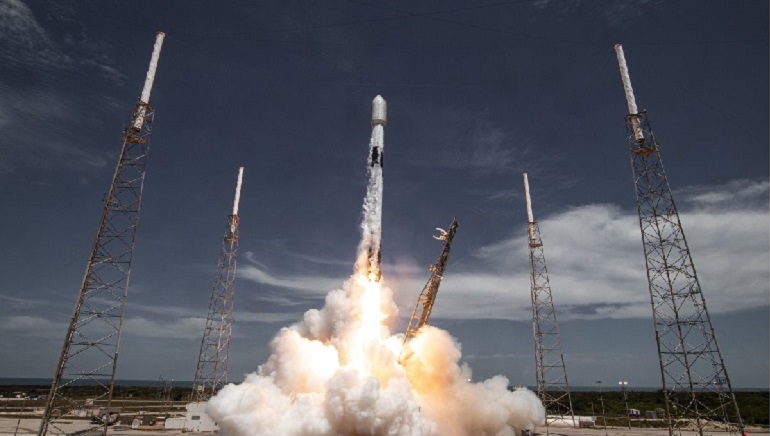 The landing marked the booster’s 10th successful landing after previously carrying out six Starlink missions, the GPS III-3 satellite for the U.S. military, the Turksat 5A satellite for Turkey, and the Transporter 2 rideshare mission, which launched 85 small satellites and three Starlink craft.

It took 15 minutes for Falcon 9’s second stage to deploy the 49 satellites into orbit after launch. As the second stage was out of range of ground stations when that happened, confirmation of deployment success did not arrive until an hour later.

A Shortfall of Gravitas, which was in the Atlantic Ocean off the Florida coast, was a perfect landing spot for the rocket’s first stage about nine minutes after launch.

Among the 36 dedicated Starlink missions flown by SpaceX today, more than 2,000 Starlink satellites have been lofted. Except for two prototypes known as TinTin A and TinTin B, all the other spacecraft have been launched since May 2019.

Before the launch, SpaceX founder and CEO Elon Musk said, “1,469 Starlink satellites are active. 272 moving to operational orbits. Laser links activate soon”. According to reports, there are many more Starlink launches that are going to happen in the coming weeks and months.