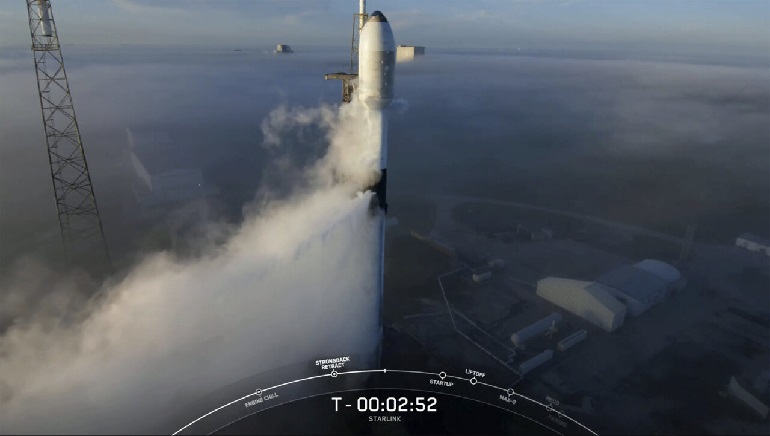 On Saturday, a new batch of 53 Starlink satellites was launched into space by SpaceX. The company expanded its constellation of low Earth orbit satellites from Cape Canaveral Space Force Station, Florida.

A Falcon 9 rocket lifted off at 7:19 am EST and deployed the satellites 16 minutes after launch. SpaceX has been building Starlink for years to bring internet access to underserved areas of the world. Starlink is a satellite-based global internet system whose internet proposal was announced in January 2015.

CEO Elon Musk said that its company had registered documents with the international regulators to establish nearly 4,000 satellites in low Earth orbit and eventually hopes to have 42,000 satellites in the so-called mega-constellation.

Its size and scope frighten astronomers, who fear that bright, orbiting objects will interfere with observations of the universe, as well as spaceflight safety experts who now consider Starlink the number one collision danger in Earth’s orbit.

The rocket’s reusable first stage was successfully returned to the Atlantic Ocean on the “Just Read the Instructions” drone ship after it had been used for multiple launches, including the first crewed test flight of SpaceX’s Crew Dragon spacecraft.