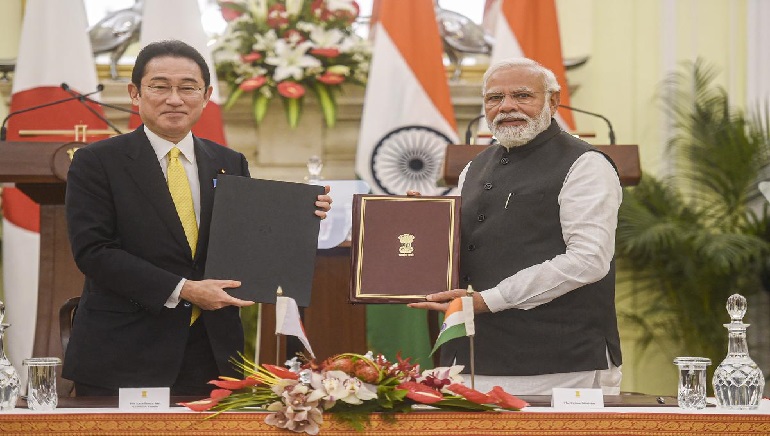 India and Japan have set an investment target of $42 billion (five trillion yen) in the next five years. The announcement came after the 14th annual summit meeting in New Delhi where several agreements were signed.

Both the nations discussed various regional issues including the situation at the Line of Actual Control (LAC) with China, PLA’s attempts at “multiple transgression” on the LAC. The situations were briefed by PM Narendra Modi to PM Fumio Kishida.

According to foreign secretary Harsh Shringla, any normalcy in the India-China relationship will depend on the progress on the LAC de-escalation talks which indicates the proposed visit of Chinese Foreign Minister Wang Yi will focus on.

Since 2018, this was the first India-Japan annual summit that was postponed due to protest against the Citizenship (Amendment) Act and the pandemic.