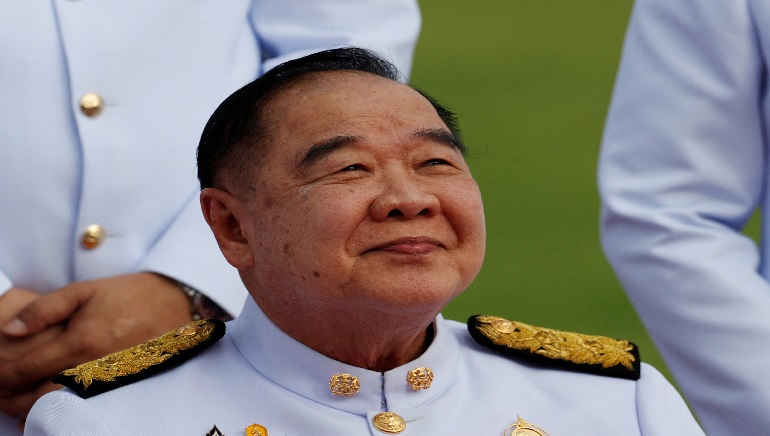 Thailand’s interim Prime Minister Prawit Wongsuwan is playing his new role with great energy and enthusiasm- a temporary position that will give him a chance to improve his profile and strengthen power for his party as the national polls are around the corner.

Since Prawit was promoted from deputy PM to caretaker premier in late August after prime minister Prayut Chan-O-Cha was suspended from duties, the 77-year-old has attended top-level international and national meetings and paid a visit to all the flooded areas of Bangkok.

Many have also noticed a marked difference in Prawit’s looks, mannerisms, and attitude.

Earlier Prawit, a former army chief, who reportedly suffers heart disease, often appeared weak at events, depending on his helpers for physical support to walk or stand. Sometimes, he was also caught on camera, losing balance while walking.

But the veteran politician looked healthy and walked with no support as he made several government and party-related visits to provinces throughout September.

Questioned by reporters about his sudden vigor, Prawit quoted lyrics from a song by the famous Thai singer Thongchai “Bird” McIntyre, saying: “I use my heart to boost my energy.”