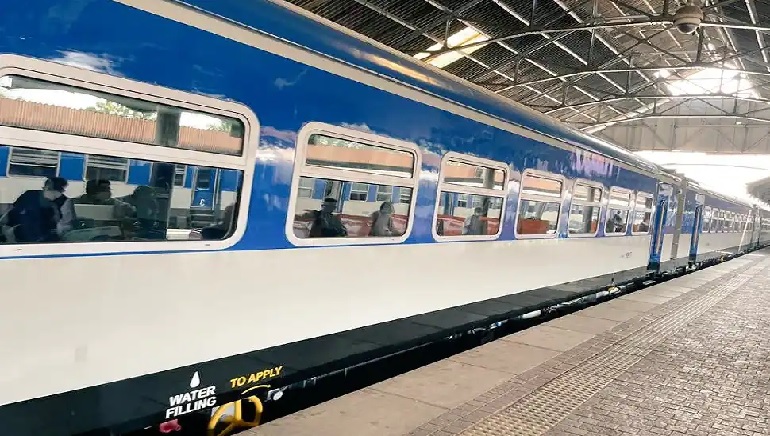 On Sunday, an official statement was released by the Indian High Commission in Sri Lanka stating that Sri Lanka has successfully completed the trials of an AC train that was supplied by India.

The statement said, “Officials from the High Commission of India accompanied by representatives of India accompanied by representatives from Rail India Technical and Economic Service (RITES) and the Sri Lankan Railways traveled aboard an air-conditioned train [AC Diesel Multiple Unit(DMU)] on its successful trial run in Sri Lanka on February 18, 2022”

India supplied the train under a USD 318 million line of credit (LoC) finalized in 2014-15 for the supply of railway rolling stock, up-gradation of railway tracks. It included other mutually agreed projects in accordance with Sri Lanka’s request and requirements.

In a tweet by the India High Commission in Sri Lanka, pictures were posted of the trial run of the train and tweeted, “Proud of India-Sri Lanka cooperation for providing people with dependable and world-class railway facilities”.

Recently, financial assistance worth 2.4 billion USD was also provided by India to Sri Lank following the two-day visit of GL Peiris, Sri Lankan Foreign Minister to India from February 6 to 8.