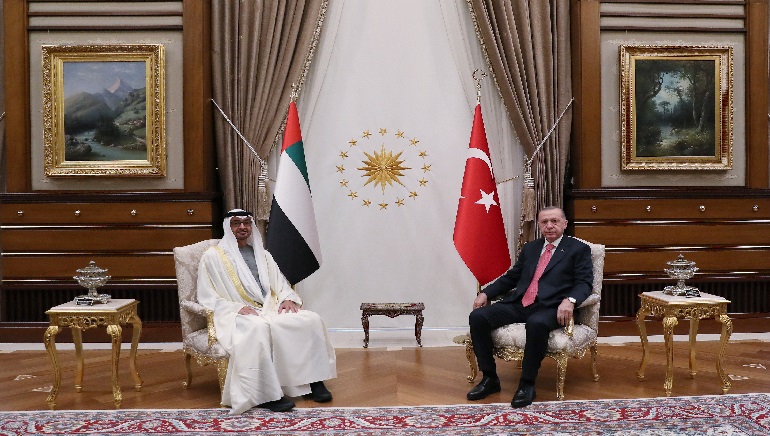 On Wednesday, the Turkish Central Bank announced a currency swap deal between Turkey and the United Arab Emirates. Both the nations have agreed to a currency swap of 4.74 billion to build and boost Turkey’s foreign exchange reserve.

With the possibility of extending the deal further, currently, the nations swapped 65 billion Turkish lira and 18 billion UAE dirham for three years. According to the agreement, the central bank sold foreign currency to prop up the lira during a currency crisis in order to increase reserves in Turkey.

The Central Bank of the Republic of Turkey’s statement quoted that Khaled Mohamed Balam, chief of the UAE central bank said after the signing ceremony, the deal signifies each nation’s desire to enhance bilateral cooperation in financial matters, especially in the trade and investment sectors.

Sahap Kavcioglu, his Turkish counterpart said, “This agreement demonstrates the two central banks’ commitment to deepen bilateral trade in local currencies in order to advance economic and financial relations between our countries”.

Last month, Abu Dhabi’s powerful crown prince visited Ankara as the first official trip to Turkey since 2012. It was the highest-level visit by an Emirati official in recent years.