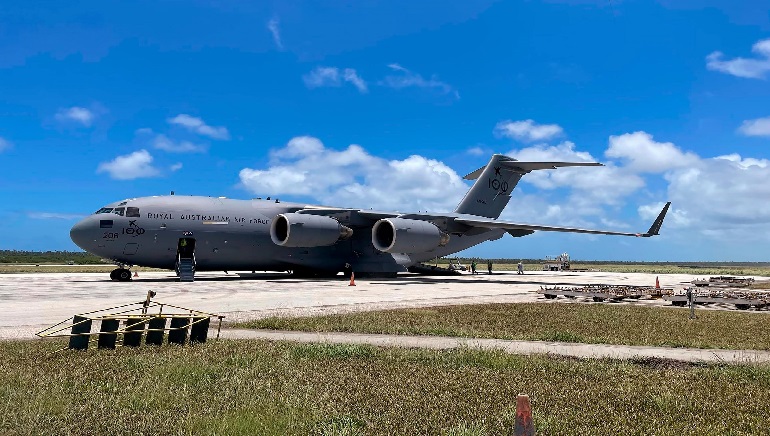 Hundreds of volunteers and the rescue team desperately worked for days to clear the thick layer of ash at the Nuku’alofa airport runway that prevented planes from landing. They used wheelbarrows and shovels, to which New Zealand’s commander of joint force Rear Admiral Jim Gilmour called it a “mammoth effort”.

Earlier the aid efforts were hampered by ash from the volcano but now Austalia also confirmed the first of its relief planes had arrived. Australian Defence Minister Peter Dutton tweeted hours afterward, the arrival of the first plane by Australia Defense Force landed with “humanitarian assistance and disaster relief supplies”.

After being cut off from the rest of the world for five days, Tonga is now re-establishing global contact. Three deaths have been reported so far and communications have been crippled for these five days.