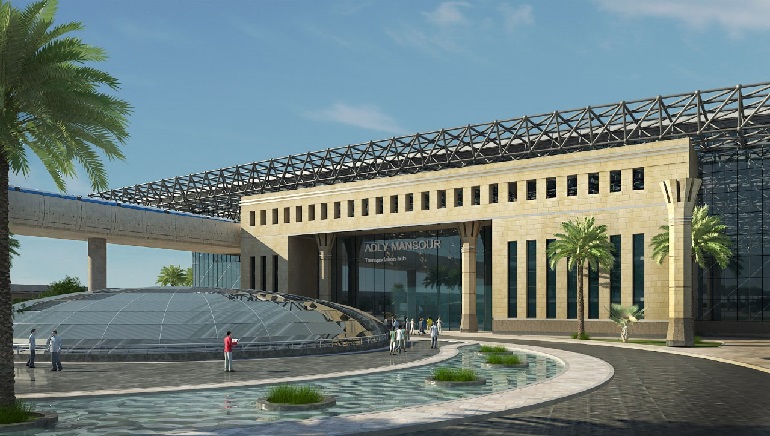 The Adly Mansour Transportation Hub is the largest in the Middle East and is designed as a central interchange station. It will include an integrated service transportation complex along with a commercial investment area on 15 acres.

In terms of accomplishment, Adly Mansour station is the first metro station in history to be built entirely by Egyptians through Egyptian companies.

Five different modes of transportation are available at the station, including a metro station on the 3rd subway line, an electric train station (Adly Mansour – the New Administrative Capital – the 10th of Ramadan), a railway station (Cairo / Suez), an airport shuttle station, and a superjet station.

There are approximately 7.5 kilometers of overhead stations in the project, starting at Nozha Station 1 in the Gesr al-Suez area, passing through Hisham Barakat and Quba stations, Omar Ibn Al-Khattab, and Huckstep stations, all the way to Adly Mansour station.