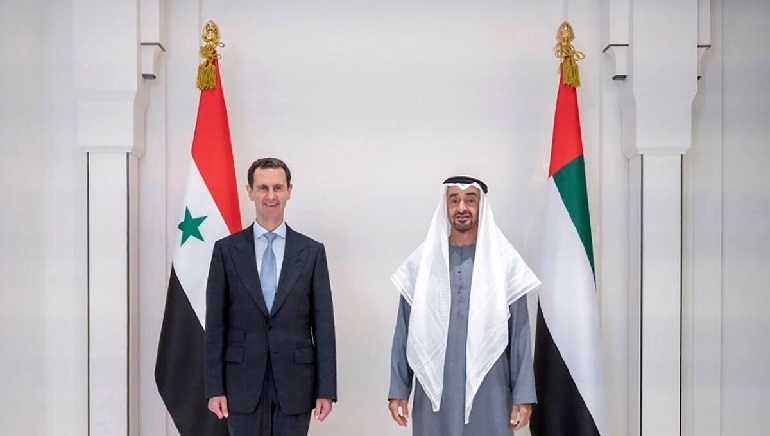 An official statement was posted on social media page that said that Assad met the ruler of Dubai, and Vice President and prime minister Sheikh Mohammed bin Rashid Al Maktoum of the UAE. The statement said that they discussed bilateral relations between the nations.

After the conflict broke out in 2011, Syria was expelled from the 22-member Arab League and boycotted by its neighbours. Assad was blamed by Arab and West for the deadly crackdown on the 2011 protest that evolved into a civil war.

The leader has recovered control of most of the country, thanks to military assistance from his two allies-Russia and Iran; Arab countries have begun to restore ties with the Syrian leader in recent years after the war fell to a stalemate.

A major Arab overture to the Assad government was made by the UAE in late 2018 through the reopening of its embassy in Syria, but relations remained chilly.

Assad’s visit to the Arab world sends its strongest signal yet that it is willing to reengage with Syria’s once widely shunned president.