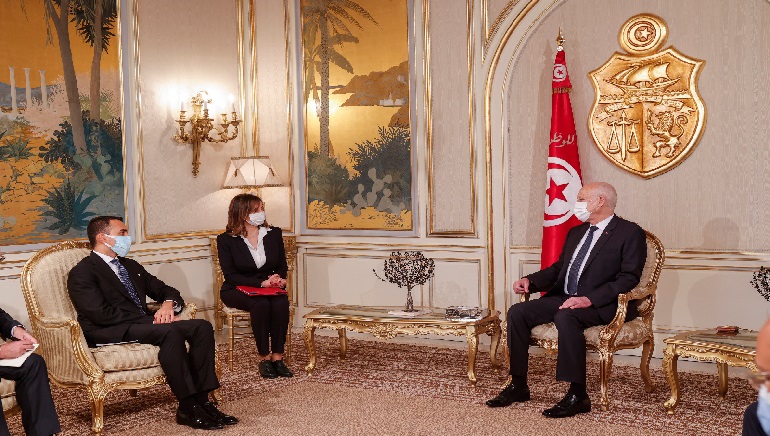 The talks between Tunisian Defence Minister Imed Memmich and Italian Ambassador Lorenzo Fanara followed military discussions in which the latter said Rome is willing to help Tunisia in developing its military capabilities.

Some major topics like migration and regional, international issues of common interest were also discussed in the meeting. Saied reaffirmed Tunisia’s keenness to enhance ties with Italy, which have been demonstrated through cooperation against COVID-19 and at various other governmental levels.

Italy reiterated its willingness to continue assisting Tunisia in implementing social projects, mentioning, in particular, the Center for professional training in scuba diving and underwater activities in Zarzis, Governorate of Medenine, and the two development projects in Rjim Maatoug and El Mohdeth in the delegation of El Faouar, Governorate of Kebili.

A senior military official from each country attended the meeting.

Guerini praised the solidity of bilateral relations, saying Rome is prepared to support Tunisia at the regional and European levels, as well as promote its causes with international organizations and donors.