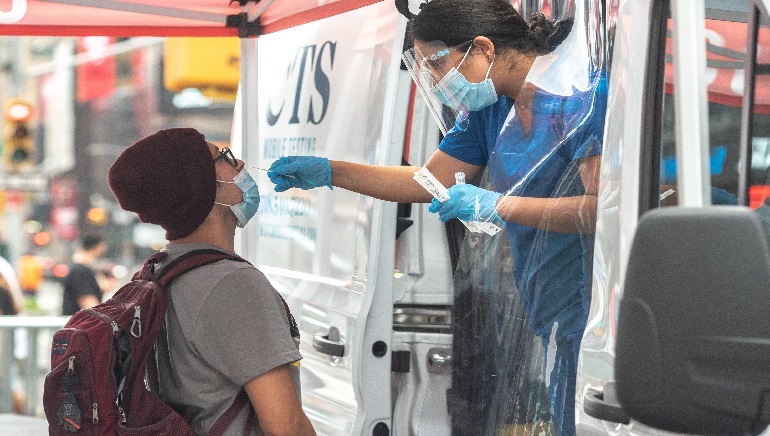 The US Food and Drug Administration (FDA) said that over 2.2 million at-home Covid-19 tests are recalled by Ellume an Australian company as they risk returning false positives.

On Wednesday (Nov 10), the regulators classified the action as a class I. They recall it as the more serious kind that has received 35 reports of false positives through the test made by the firm. The FDA further stated that incorrect results can lead people to have wrong Covid-19 medication and treatments or might even isolate themselves when they do not need to.

According to a spokesperson, Ellume has recognized the cause of the problem. They have applied various measures to control false testing and are now making new tests to send them to the US.

In October, Ellume had shipped 3.5 million tests to the United States. The start-up stated that in October, over 1,95,000 unused Ellume tests were affected. The FDA company recalled the tests were sent between mid-April and late August.

This autumn. America planned to spend US$3  billion on the supply of at-home tests. The Joe Biden administration plans to expand the testing and Ellume’s manufacturing.