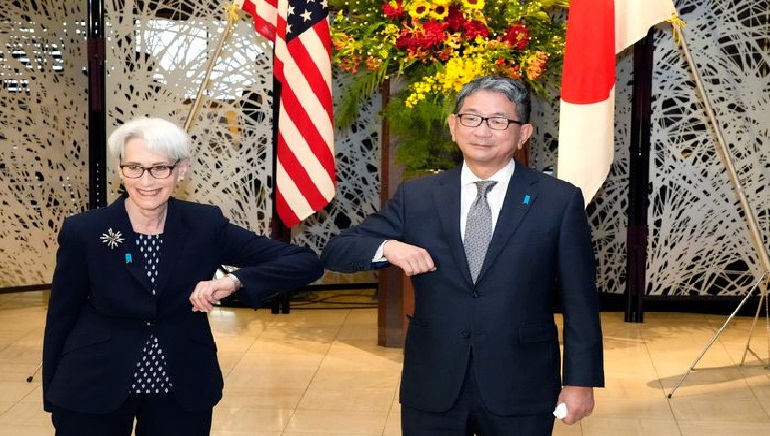 On July 25-26, the United States Deputy Secretary Wendy Sherman will head to meet Chinese Officials. Wendy will travel to China this weekend on a visit that comes amid rising tensions between Washington and Beijing on multiple fronts.

According to Asia One News, Deputy Secretary will travel to Tianjin and hold the meeting with Chinese Foreign Minister Wang Yi and State Councillor. The State Department said the discussions are part of ongoing US efforts to hold candid exchanges with People’s Republic of China officials to advance their relationship. The statement future includes that they will discuss the areas where their interests align. After Biden, Sherman will be the highest-ranking US official to visit China. Later Wendy is scheduled to visit Oman on July 27.

According to AP, the Biden administration and Western allies on July 19 blamed China for a massive hack of Microsoft Exchange email server software. They even alleged that the Chinese government was associated with the criminal hackers and carried out ransomware and other illicit cyber operations.

Biden addressed the recent incident and spoke to reporters that they will join the European nations to expose the scale of China’s activity. Later he added that legal steps will be taken to counter the same. However, Chinese Officials even denied this allegation.