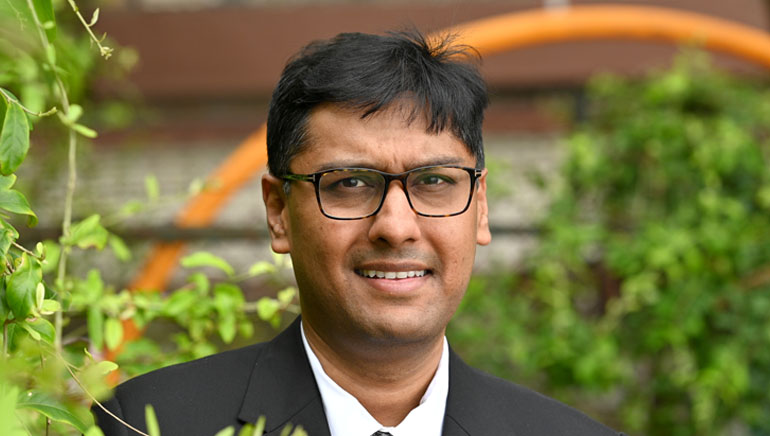 Vaibhav possesses a rare combination of entrepreneurial skills that makes him stand out. Born in Kolkata and raised in Delhi, he studied in New Delhi and Mumbai before he moved abroad to pursue higher education. Besides earning a PG Diploma in Global Business from Oxford University, the young leader has a Bachelor of Science from Carnegie Mellon University. Vaibhav has been with the Enso Group since 2005. Over the years, he has seen the Group through ups and downs. As a result of his relentless efforts, the company’s valuation and revenues grew significantly, placing it among the top companies in India. This is the best position the company has been in so far. Having seen his organization grow from nothing to become a reliable, collaborative organization is one of the greatest achievements of his career. As a forward-thinking leader, Vaibhav thinks locally yet acts globally. His long-term goal for the Enso Group is to make it a significant force in the global market. While he understands that competing on the global stage will be difficult due to the weak rupee, he is confident he can reach his goal of working internationally with dedication and hard work.

Vaibhav’s leadership style prioritizes strong teamwork, respect for people, and positive purpose and culture. When a team member is working with him, he ensures they don’t feel inferior or subordinate. He believes in the inner power of every human being and the ability to harness it. In addition to being a value-driven leader, Vaibhav is committed to transparency and above board practices. It is for this reason he founded the Enso Advisory Board (consisting of advisors to the group) that reviews the company annually.

Vaibhav is incredibly passionate about the importance of corporate social responsibility (CSR). His charitable projects include the Enso Foundation to contribute to charitable causes, and Enso Care, an alumni group of past and current employees. The socially responsible leader plans to set aside ample funding for CSR activities during the next few years. Under his leadership, the Group regularly incorporates sustainability aspects into its operations. During the COVID-19 pandemic, the Enso Group paid its employees full salaries and allowed them to work from home.

Additionally, Vaibhav has been dealing with the sustainability aspect of the business of late. He has also enabled significant transformations throughout the organization by introducing best sustainability practices, incorporating diversity, and keeping an eye on sustainability. As the thoughtful leader points out, this planet was bequeathed to us by previous generations; therefore, it should be protected and handed down to the next generation with value addition rather than depleted.

Vaibhav’s leadership qualities have earned him several awards and accolades. The CEO Insights Magazine selected him as one of the ‘10 Best Leaders in Oil & Gas’ for his unique leadership skills. Additionally, the enthusiastic leader has been honored with the Indian Achievers’ Award for Business Leadership 2021 by the Indian Achievers’ Forum. Aside from his professional duties, Vaibhav is passionate about writing as a hobby. The multi-talented leader has contributed to the BW Business world magazine as a guest author. He has published several articles on issues related to economics, regulation, and business.