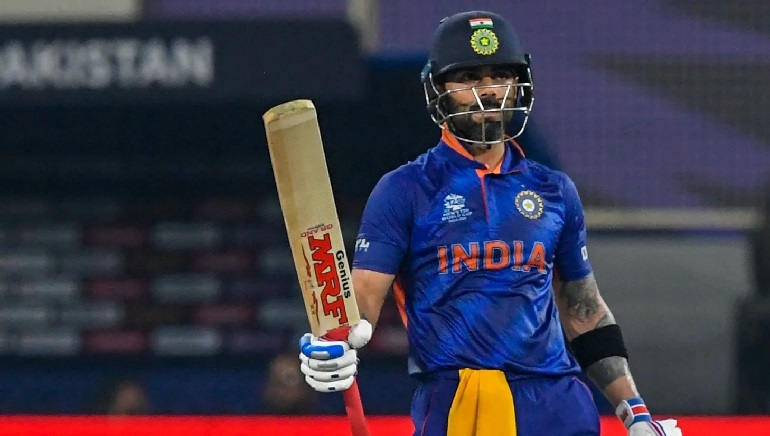 Indian cricketer Virat Kohli on Wednesday broke the record for scoring most runs in T20 World Cup history overtaking former Sri Lanka captain Mahela Jayawardena’s record of 1,016 runs. The Indian player accomplished the feat during his innings against Bangladesh in their T20 World Cup 2022 match and only 23 innings of the T20 World Cup.

Kohli scored an unbeaten 64 off 44 balls to help India win the match against Bangladesh in the Super-12 stage of the ongoing ICC Men’s T20 World Cup in Australia. He entered the match on Wednesday 16 runs short to surpass Jayawardene’s record in the list of highest run-scorers in T20 World Cup history. He passed the Sri Lankan champion comfortably with a flying start against Bangladesh.

Sri Lanka legend Mahela Jayawardene congratulated India batter Virat Kohli for breaking his record of making the most runs in T20 World Cups. Jayawardene recorded 1,016 runs in 31 matches and an average of 39.07 and a strike rate of 134.74 in 2014. Kohli achieved the feat in 25 matches with an average of 83.42 and strike rate of 131.71. The Indian batter also became the highest scoring Indian in Australia, overtaking Sachin Tendulkar’s score of 3300 runs.