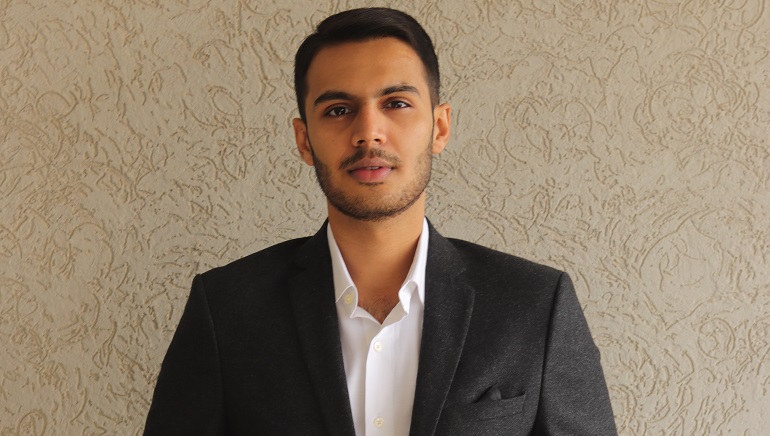 For Mr. Yash Shah, nothing is more satisfying than catalyzing the growth of businesses; be it his own or someone else’s dream project. He is passionate about strengthening the business ecosystem in the country and has been working hard towards it. With his brainchild, The Address, the young turk is reimagining the way the country works. Started as a prime coworking space in the heart of Ahmedabad city, The Address is in the process of spreading its wings across several other cities, and Mr. Shah is confident it will grow to become the most preferred and functional working space for several national as well as international businesses.

A PERFECTIONIST IN EVERY SENSE

An alumnus of Drexel University and IIM Bangalore, Mr. Yash Shah is known among his peers for his curious intellect and an unwavering sincerity towards his projects. He was one of the brightest students and got his name listed on the Drexel’s Dean List for consecutive six terms. Not just academically, the versatile personality gained laurels in co-curricular activities as well. He remained an active member of Drexel’s intramural and club sports team for cricket along with the finance and investment group, and the Indian undergraduate student association dragons for excellence and innovation.

Mr. Yash Shah also volunteered with The Children’s Hospital of Philadelphia and Habitat of Humanity Philadelphia during his college years, showing a different aspect of his personality, which is dedicated to ensuring the well-being of the whole society. He also indulged in activities like furniture-making and painting walls for various beneficiaries at the Habitat of Humanity. His dedication towards the goodwill of society highly impressed those around him and this is the one trait he still carries within him with pride.

Mr. Shah’s professional journey started as an intern for finance and growth at Call Levels. During his three-month-long stay at the firm, Mr. Shah was entrusted with the responsibility of producing financial performance reports for management presentation and track the markets to write research commentaries for online publication. Following that, he joined FlySpaces in Singapore as a business development executive from where he gained deep insights into the sort of business he is heading today.

During his stay in Singapore, Mr. Shah did extensive research in the field of leasing and innovation in the real estate industry, which brought to him the idea of developing coworking spaces and contributing to the serviced office industry in India.

He further moved to True Value Group as a director, which specializes in niche and luxury segment of residential and commercial projects in Ahmedabad. In January 2018, Mr. Shah laid the foundation of The Address, the largest coworking and serviced office space in Ahmedabad. Within just a year, the place attracted several premium clients including TikTok and Housing.com. He managed to rule 30% of the market share in Ahmedabad in this very short time span and is currently working on expanding his business across several other cities.

MORE THAN A BUSINESS

Mr. Yash Shah believes that the beauty of this business model lies in its power to integrate and connect members into one community at the same time as providing