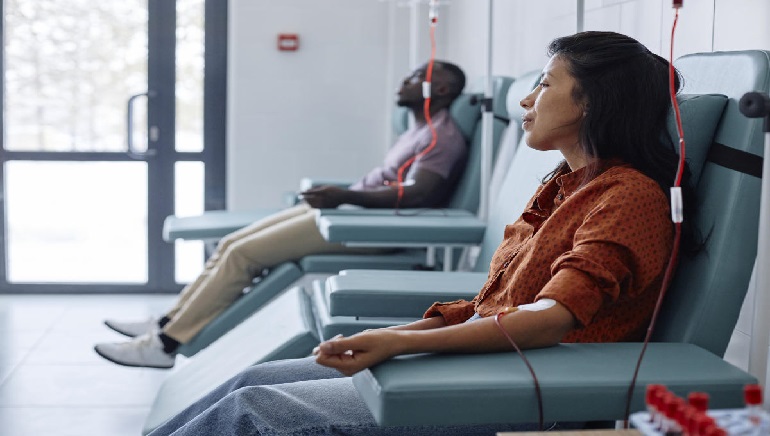 In an attempt to revolutionise treatments for people with blood disorders, scientists in the United Kingdom have transfused lab-grown blood into people. While the bulk of blood transfusions will always depend on human donors, the eventual goal of the world’s first clinical trial of lab-grown blood is to manufacture vital, ultra-rare blood groups that are hard to find, said the UK researchers.

The research project combines teams in Bristol, Cambridge, London, and at NHS Blood and Transplant. It focuses on the red blood cells (RBCs) that carry oxygen from the lungs to the rest of the body. The lab-grown blood could prove to be beneficial for people who depend on regular blood transfusions for conditions such as sickle cell anaemia, believe the scientists.

The researchers started with a normal donation of a pint of blood (around 470ml) and used magnetic beads to pull out flexible stem cells that are capable of becoming a red blood cell (RBC). These stem cells are then grown in large numbers in the lab. The process takes about three weeks and a pool of about half a million stem cells results in 50 billion RBCs. From these cells, the scientists choose around 15 billion RBCs that are at the right stage of development to transplant.