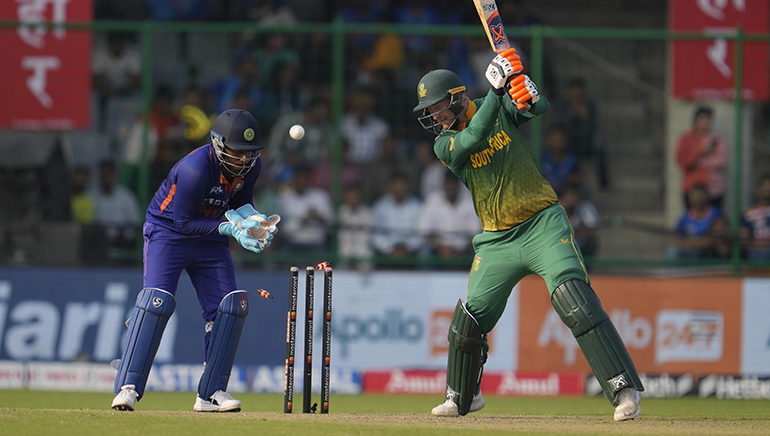 In the third match of the series, India thrashed a below-par South Africa side by seven wickets to secure a 2-1 victory.

The hosts bowled brilliantly to limit South Africa to 99 runs in their innings. With 34 off 42, Heinrich Klaasen rescued his team from embarrassment. The first ball was bowled by Team India after winning the toss.

There were some changes in the South African starting lineup compared to the Shikhar Dhawan-led side from the second ODI.

A 26/3 scorecard was recorded by the Proteas after the first powerplay. The hosts took complete control of the proceedings to pile pressure on the visitors. This was also Team India’s best powerplay bowling post the 50-over World Cup 2019.

The Proteas, who find themselves in a terrible scenario with dwindling chances of straight qualification for next year’s 50-over world cup, is defeated by Team India to complete the bilateral series in a lopsided fashion.

However, South Africa will now go for Australia for the T20 World Cup with the hopes of seeing a turnaround. There, they will once more face India in Group B alongside Pakistan, Bangladesh, and two other teams who advanced via qualification.