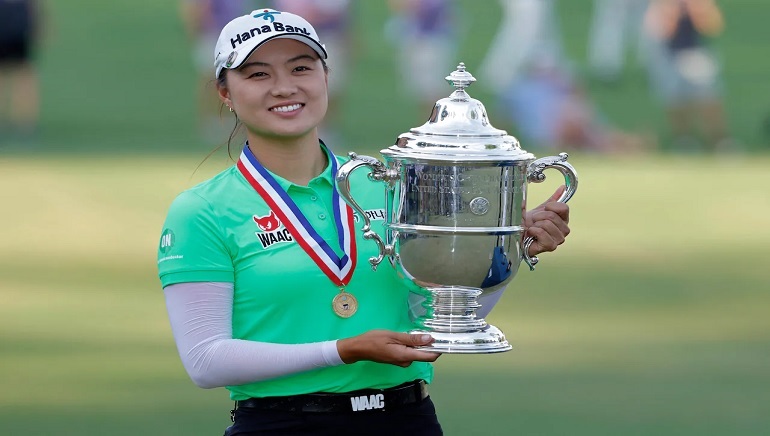 Australian Minjee Lee won the U.S. Women’s Open by defeating the 32-year-old Mina Harigae at Pine Needles on Sunday to earn $ 1.8 million, the largest payout in the history of women’s golf.

Le, 26, won by four strokes, closing at an even-par 71 in the final round to finish at 13-under on the series and claimed the second major victory of her career after winning the Evian Championship in July 2021.

Lee, who entered the week with a world ranking of number 4, made an aggressive start to the match that gave her a big shot lead and was able to just finish the game to victory. All through the matches on Saturday and Sunday, Lee was ahead of Harigae by 30, 40, and even 50 yards or more.  Distance and ball-striking are what gave Lee success and she credited her longer drives to the extra time that she has been spending at the gym lately. Sunday’s victory makes Lee the first Australian after Karrie Webb to win the U.S Open after 21 years.

Lee expressed after raising the trophy that she had always dreamt of winning the U.S Open title and, now that she had fulfilled her dream, she was “speechless”.