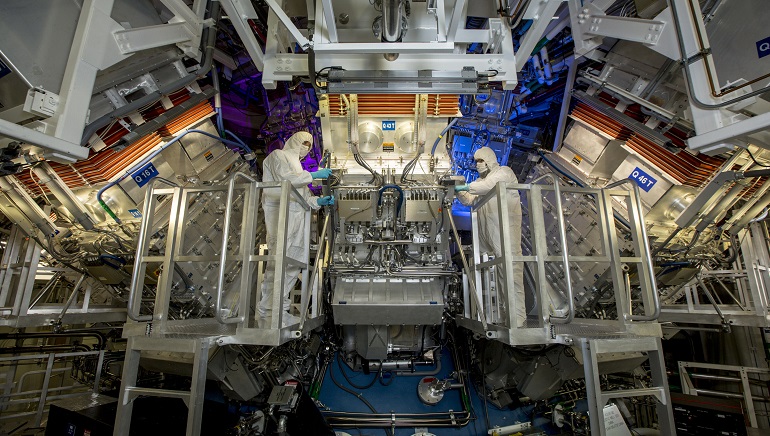 US scientists at the National Ignition Facility at the Lawrence Livermore National Laboratory in California have successfully produced a nuclear fusion reaction resulting in a net energy gain, say reports. Net energy gain indicates that this technology could provide an abundant zero-carbon alternative to fossil fuels.

“Last week at the Lawrence Livermore National Library, scientists at the National Ignition Facility achieved fusion ignition,” US Energy Secretary Jennifer Granholm said at a press conference, adding, “That is creating more energy from fusion reactions than the energy used to start the process. It’s the first time it has ever been done in a laboratory anywhere in the world.”

Since the 1950s, physicists globally have wanted to exploit the fusion reaction that powers the sun, but no attempt has been able to produce more energy from the reaction than it consumes. The breakthrough is a huge step in the direction of unleashing an infinite source of clean energy that could help end dependence on fossil fuels.

Nuclear fusion occurs when two or more atoms fuse together to make one larger atom, generating a massive amount of energy as heat. Unlike nuclear fission that powers electricity all over the world, nuclear fusion does not release long-lasting radioactive waste. A big challenge of harnessing fusion energy is sustaining it long enough so that it can power electric grids and heating systems around the globe. Once accomplished, the breakthrough would help prove the process could provide a reliable, abundant alternative to fossil fuels and conventional nuclear energy.