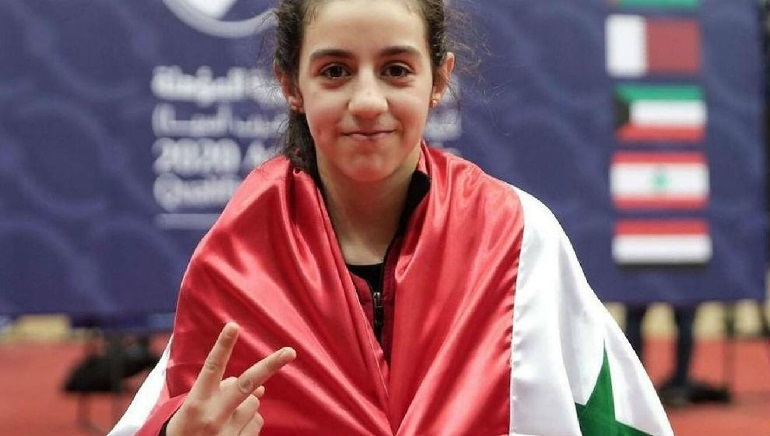 Syrian table tennis player Hend Zaza is all set to become the youngest athlete to compete in the Tokyo Olympics. Zaza is just 12 years old and also the first Syrian to compete in Olympics table tennis through the qualification round.

AsiaOne reported that the Syrian booked her ticket to Tokyo Olympic in February with her win. To make it to the 2020 Tokyo Games Zaza had beaten 42-year-old Labanese player Mariana Sahakian. Hend has been playing table tennis since she was 5 years old. At the age of 6, she competed at the World Hopes Week and Challenge event in Doha, Qatar where she was spotted by an International Table Tennis Federation official.

News Asia One mentioned that she has become a national champion in all age categories including seniors and earned her place in Tokyo. Her first match in the singles event is against Austria’s Liu Jia. Zaza happily said in an interview that this is a gift for her country, her parents, and all her friends. Like other Syrian children, Zaza’s childhood has also been marked by the Syrian civil war. She says although she found table tennis to be an escape, the civil war has always remained present. Constant power cuts, rickety floor, and many other challenges have not diminished her desire to become an Olympic medalist.