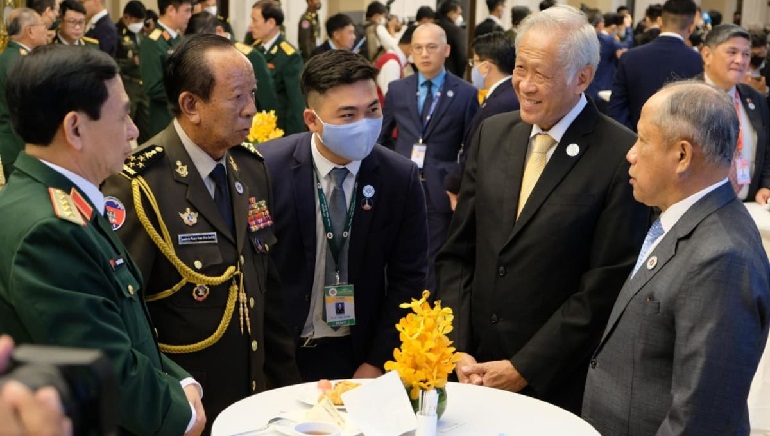 The defense ministers of the Association of Southeast Asia Nations (ASEAN) agreed on Wednesday to strengthen the federation’s pervasiveness, solidarity, integrity, and a rules-based order for harmonized security and the good of the people in the region started a joint declaration.

The 16th edition of the ASEAN Defence Ministers’ Meeting (ADMM) was held in person in Phnom Penh, the Cambodian capital on Wednesday (June 22), under the chairmanship of Cambodian Deputy Prime Minister and Defence Minister Gen Tea Banh, after two years of online meetings brought about by the coronavirus pandemic.

The ministers also stated the key role of ASEAN as the most important driving force in improving defense, enhancing security cooperation, strategic dialogue, and confidence-boosting steps with the international community, with the universal aim to ensure peace, security, and prosperity in the region. Defence Minister Ng Eng Hen said the ADMM was productive and discussed a wide range of current security issues, including cyber and information domain threats.

The ADMM-Plus is a dialogue that includes ASEAN and Australia, China, India, New Zealand, the Republic of Korea, Japan, Russia, as well as the United States.

According to the declaration, the next ADMM will be held in 2023 in Indonesia.