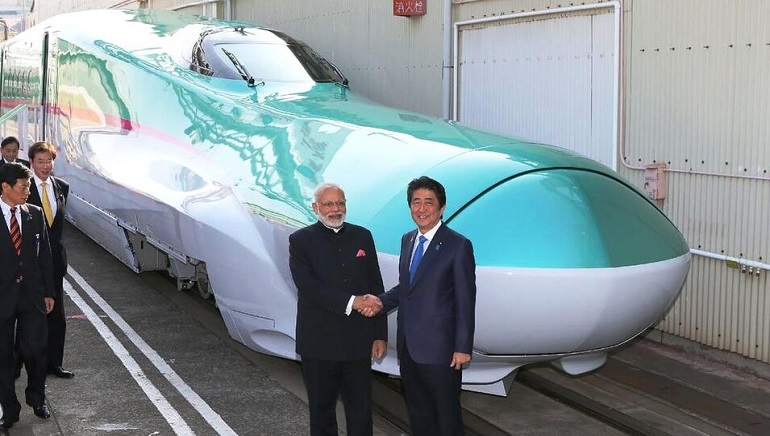 Ambassador of Japan to India, Hiroshi Suzuki on Wednesday said that the Ahmedabad-Mumbai bullet train project will revolutionise the direction of high-speed rail in India upon completion.

The Ahmedabad-Mumbai bullet train project has been funded by Japan International Cooperation Agency (JICA). NHSRCL is the implementing agency of the project. “When this huge project is complete, I am sure it will bring about a new revolution,” the ambassador told reporters, adding, “Like the one we have, Suzuki Maruti revolution, I am looking forward to the high-speed rail revolution. The future is very bright,” he added.

As much as 98.68 per cent of land has been acquired for the MAHSAR project, including 98.87 per cent in Gujarat, 100 per cent in Dadra Nagar Haveli and 98.22 per cent in Maharashtra, the NHSRCL said in a release. The tenders have been invited for the construction of the tunnel and station.